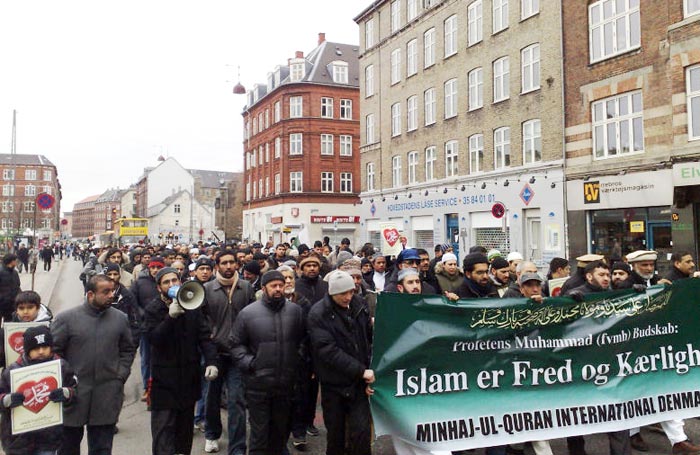 Minhaj-ul-Quran International Denmark arranged a grand Mawild-un-Nabi Peace March (SAW) that started off from centre of Copenhagen. In addition to associates and workers of MQI and its various branches, a large number of Muslims and representatives of other Islamic organizations also took part in the Peace March. Minhaj-ul-Quran Youth League played central role in the successful conduct of March, whereas Minhaj-ul-Quran Women League and Women Youth League showed exemplary performance in terms of its attendance. 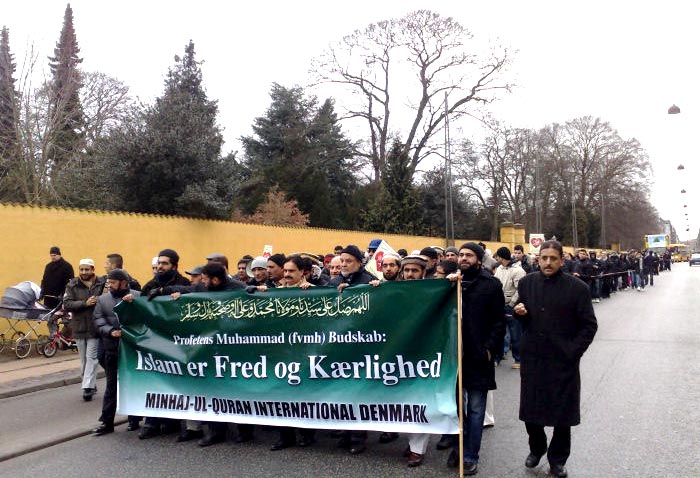 Hafiz Zaheer Ahmad Qadri recited the Holy Quran to initiate the proceedings of the programme. The participants of procession were chanting slogans on their way. The intensity of heat was punctured with the heat of zeal and zest of participants. 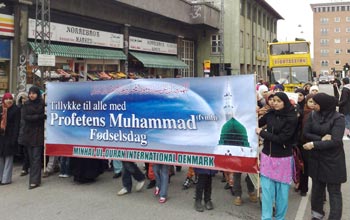 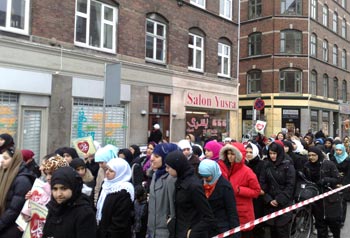 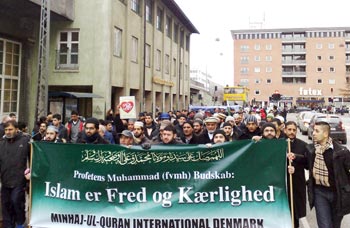 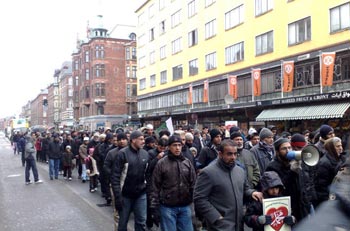 The arrangement of such procession was a unique and novel event of its kind, which local people and Muslim community liked very much. In addition to Pakistani community, Muslims from other communities were also part of the procession. Qaiser Najeeb thanked all participants in the Danish language for their participation. Syed Mahmood Shah, president of MQI Denmark, also extended his gratitude to the people and local religious scholars. The March ended on the declaration that such March would be arranged every year. 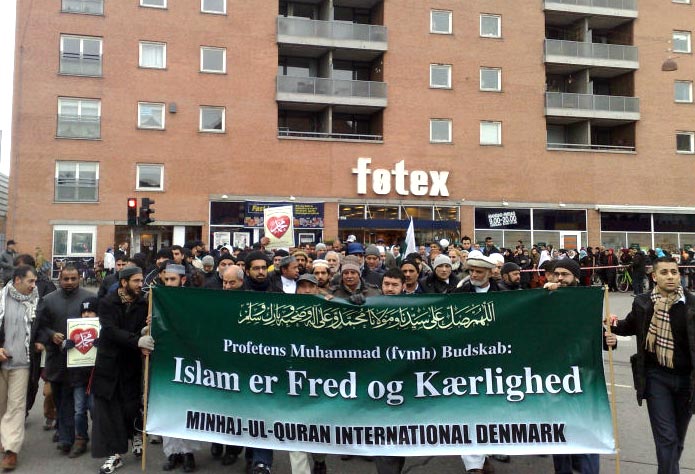 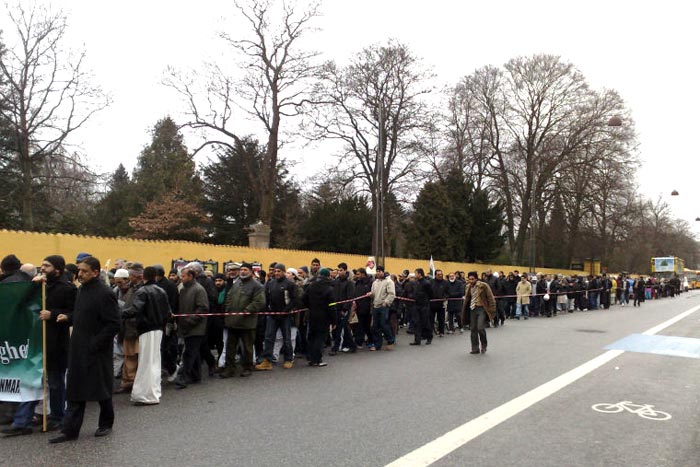 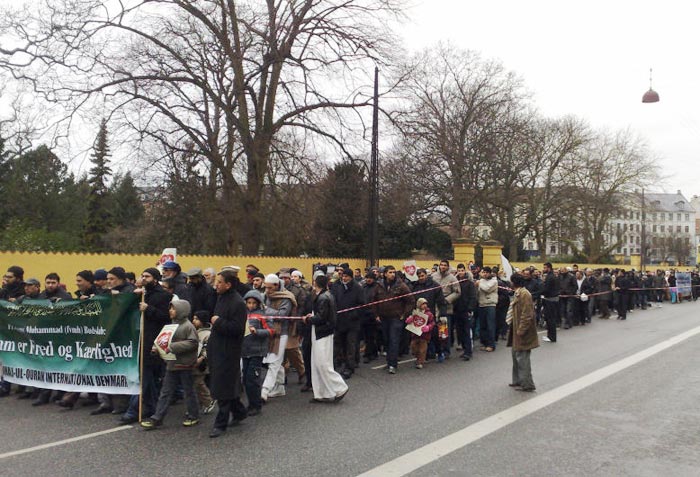