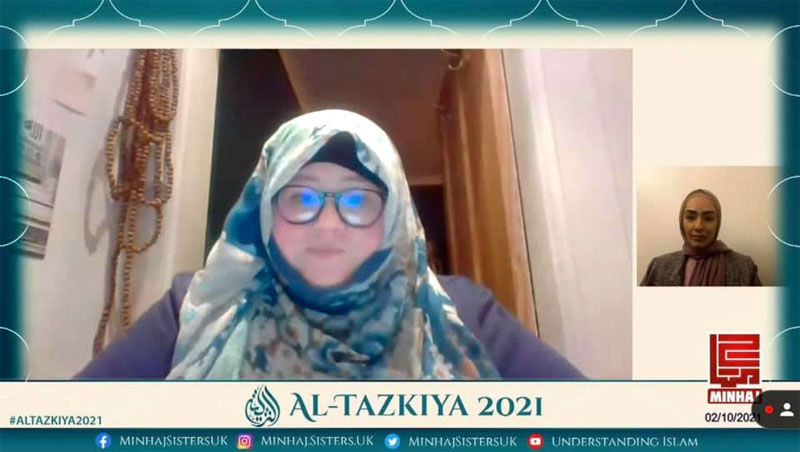 The participants had a quick break and then joined on to the next session, an Interview with Ustadha Khadija Afandi. Sister Humma Majid hosted the session by introducing Ustadha Khadija and asking firstly about her biggest turning point. Ustadha Khadijah said that becoming Muslim was the biggest turning point for her. Looking back, she feels as though every moment in her life was leading up to that point. When asked about any challenges, she said her biggest challenge was telling her parents. Once their shock subsided, they became fearful of any bullying their daughter might go through if people found out she was Muslim.

They then discussed the Hijab. Ustadha Khadijah shared that it felt like the symbol of her commitment to Allah and her faith, just as a wedding ring is a symbol of one’s commitment to one’s spouse. She also touched on how some Muslim females feel as though they sin too much to wear the Hijab or they are not perfect enough to do so. She emphasised that this is not what the Hijab is about – it is about obedience and commitment towards your Lord, not a sign that you will never make mistakes; to be Insaan [human] means to forget and not be sinless.

She then shed light on the struggles and sacrifices she made to travel so far and study. Leaving her family, friends and livelihood was the biggest sacrifice she felt she’d made. She also didn’t know enough Arabic when she first got there so she struggled to communicate initially. Her routine while there started two hours before the Fajr prayer. Her ethnicity was different to almost everyone else there. She shared a room with 5, then 10 other people without WiFi, TV or phones. At one point, she became ill with no family members to look after her.

She then discussed her greatest moment since accepting Islam: Going to Yemen where she started teaching, she was introduced to her Mauritanian teachers. She felt as though each moment symbolised growth and become closer to Allah. She shared that her Dagestani roots come from her mother’s father. The Yemeni give a lot of importance to lineage, which prompted her to trace her own roots. Her teachers knew their family lineage, traced back all the way to the Holy Prophet (PBUH). She and her mother were quite shocked with what she found. Her family moved to the UK in the 1950s from Dagestan. Her forefathers were Muslim scholars. This helped her cement her identity as a Muslim. Her great-great grandfather was a Mufti.

Advising young Muslims who want to pursue Islamic knowledge, she said: Don’t let anybody tell you that you can’t do it. When you start, keep on going. As Allah to give you the Himmah [courage] and Tawfiq [Divine Permission] to keep going. Be brave and courageous. Don’t be discouraged by the challenges that you face. If you are sincere, He will give you understanding. Understanding comes from Allah (SWT) alone. The participants felt truly inspired by Ustadha Khadija’s journey. The session ended with a spiritual session of Nasheeds recited by Sister Mahnoor Ali who was introduced by Sister Rabia Iqbal. Sister Mahnoor not only recited some beautiful Nasheeds, but also provided context to the Nasheeds and their aims and objectives of the Poets that wrote the Nasheeds. This truly enhanced the spiritual atmosphere of the event! 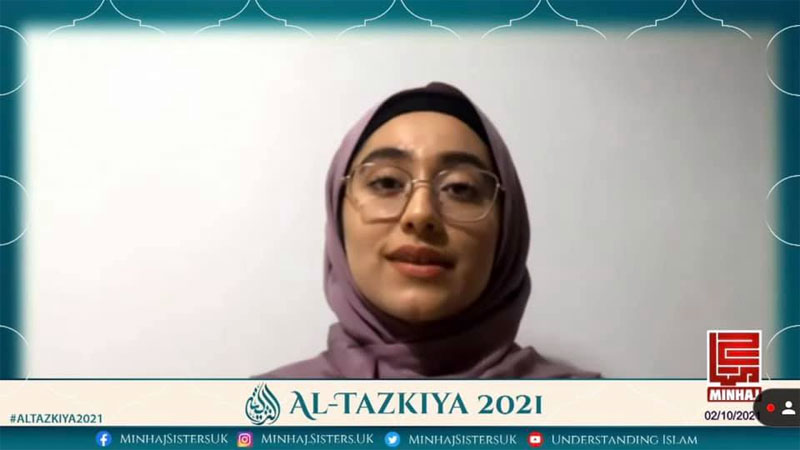 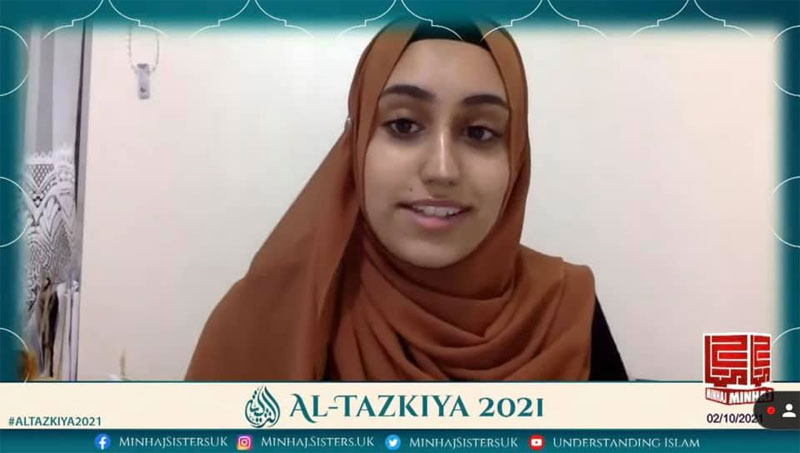