After a successful Qur’anic journey, Minhaj Women League (MWL) and Minhaj Sisters Europe (MSE) held a 7-day Hadith Journey in the company of scholars from the Netherlands, and the UK from August 11th to 19th.

Loving the Messenger of Allah ﷺ and acquiring the knowledge of the religion are two main objectives of Minhaj-ul-Quran International.

The purpose of this Hadith journey is to connect the youth with the sacred words of the Holy Prophet ﷺ. Inspired by the struggle of Shaykh-ul-Islam Dr Muhammad Tahir-ul-Qadri, who is spreading the teachings of the Qur’an and the Prophet ﷺ in order to reinforce the Islamic culture in the Muslim Ummah, Minhaj Women League, and Minhaj Sisters Europe have taken the initiative of launching a Hadith journey. 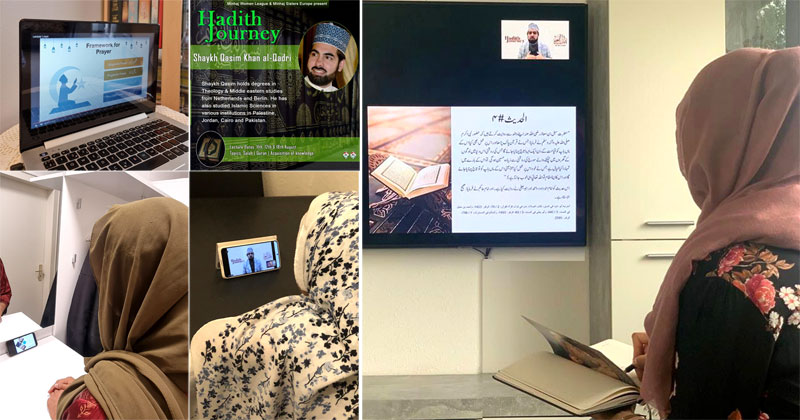 Shaykh Qasim Khan Qadri delivered the first discourse of the Hadith Journey on the topic of Salah. He beautifully explained the philosophy of Prayer to give a conceptual clarification in the light of Hadith. The Prophet (PBUH) said on the day of judgment, a man will first be questioned about his prayer, if the prayer is correct, everything else will be in order.

Giving a conceptual clarification he spoke on the philosophy of prayer. Shaykh Qasim introduced some new aspects of prayer to the participants:

He said that the previous nations have been worshipping God through objects; however, Islam gave us the aspect of worshipping Allah without any means but directly whether it be in the mosque or outside, home or university. He is present everywhere and is not limited to a certain place. In comparison to the previous religions that would worship stones and trees and other objects, Islam gives us a perfect and complete model of prayer without any holes, where we worship Allah Almighty without any means. He said that there is a link of connectivity in the act of prayer, every creation of Allah is in the stature of prayer, whether it be plants or animals. There is not a single act of the various creations whose act of worship is not included in the prayer of human beings. Human beings have received all acts of prayer in the one act of Salah, he added.

Shaykh Qasim taught the participants how to protect the act of prayer through optional prayers, and how Allah’s pleasure is gained through prayer. He said that Salah is the only act that was not revealed in this world, however, Allah Almighty revealed the Salah upon the Prophet (pbuh) during the Night of Ascension in His proximity.

Further, he presented few frames for establishing the act of prayer in our routine and explained the importance of time management in performing prayers.

The session concluded with a short Q&A session in which Shaykh Qasim answered the questions of the participants.

Shaykh Qasim Khan Qadri delivered the second lecture of Hadith Journey on the topic of the Qur’an. He explained the virtues of reciting the Qur’an, understanding it, and how to find solace in it, in the light of Hadith.

Shaykh Qasim explained how different parts of the Qur’an act as the cure for many diseases, whilst also comparing it to the previous religions and incidents of other Prophets. The Holy Qur’an, he said, is protected by Allah Himself from any sort of change and alteration, until the Day of Judgement.

Shaykh Qasim mentioned that Qur’an holds the secrets of the past and the incidents of the future, so it is a Book that keeps us updated, and the recitation of the Qur’an is the only way of protecting oneself from the societal ills.

He traveled through the various phases and points of Surah Kahf in the light of Hadith.

Abu Darda R.A. narrated that the Messenger of Allah ﷺ said: “The one who will memorize the first 10 verses of Surah Kahf will be protected from the evil of Dajjal”.- Sahih Muslim

Whilst explaining the virtues of Surah Kahf, he gave a thorough outlook at its various stories;

- Encouragement of reciting Surah Kahf in order to save oneself from outbreaks.
- The philosophy of materialism weakens spirituality.
- Proper utilization of time can cause security from outbreaks of epidemics. 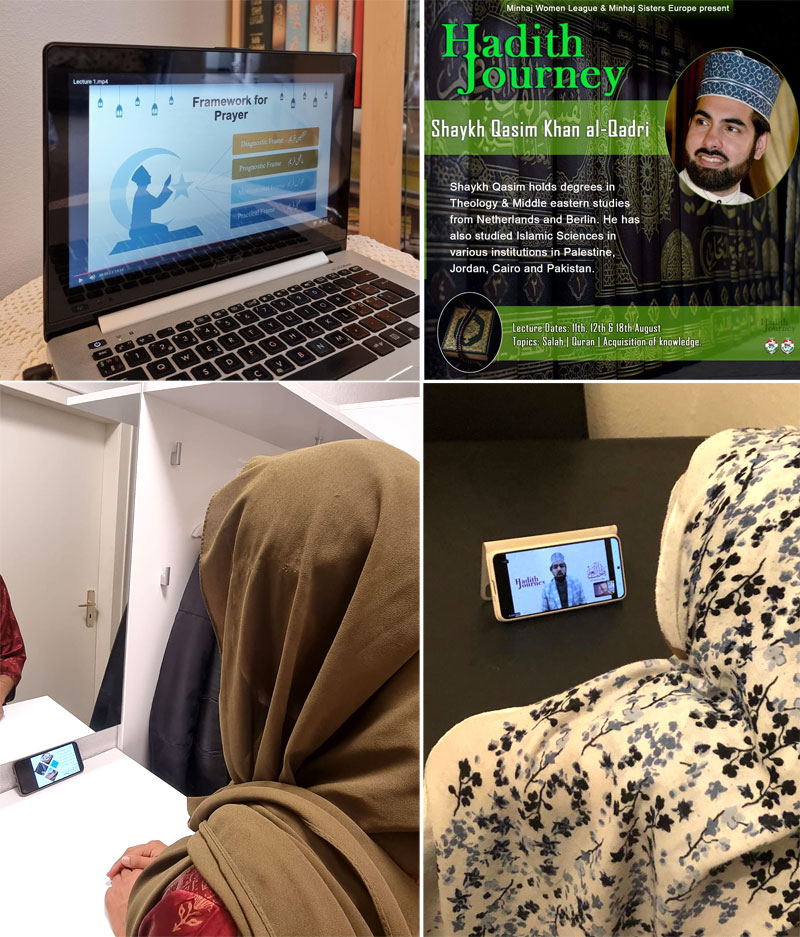 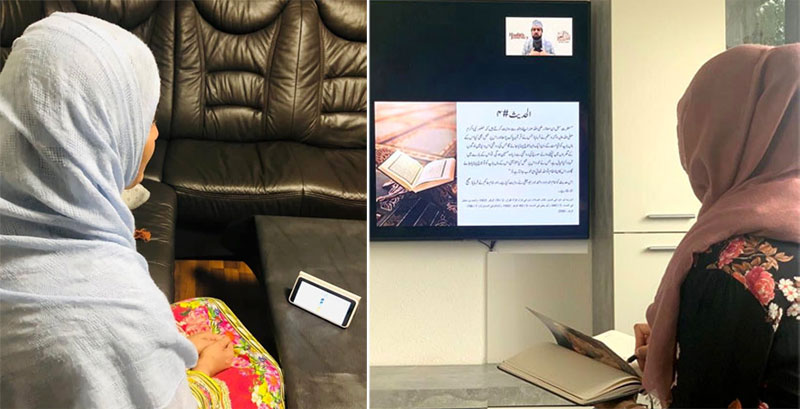