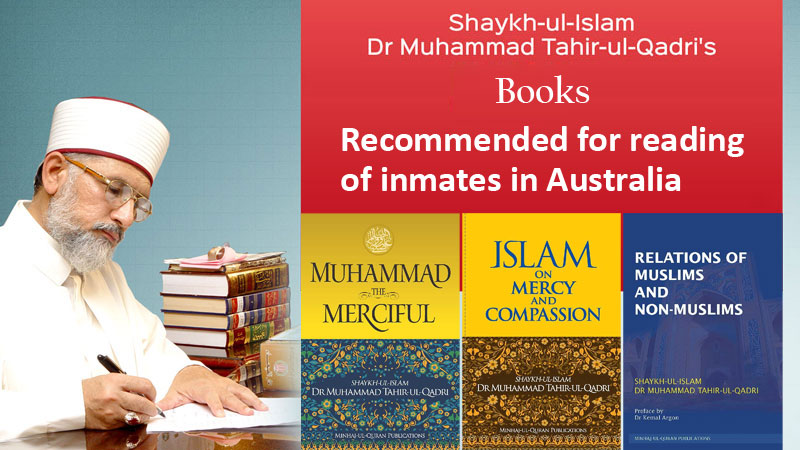 Three books written by Shaykh-ul-Islam Dr Muhammad Tahir-ul-Qadri have formally been approved for moral training and character building for the inmates undergoing prison sentences in the Victoria province of Australia. The following three books of Shaykh-ul-Islam will be available for reading of the prisoners in the official libraries:

Commenting on the development, MQI Secretary-General Khurram Nawaz Gandapur has said that Shaykh-ul-Islam has presented the universal teachings of Islam based on peace and love in a beautiful manner in line with the international research standards. His work is being hugely lauded throughout the world. He said that the light of our great religion, Islam, is reaching every nook and corner of the globe through Minhaj-ul-Quran Publications and the misconceptions about Islam and its teachings are being clarified in the West. He said that the books authored by Shaykh-ul-Islam Dr Muhammad Tahir-ul-Qadri on hundreds of topics are available almost in every country of the world and both Muslims and non-Muslims are equally benefitting from them. He said that the great responsibility of reviving the faith in the present century has been placed on the shoulders of MQI by the grace of Allah Almighty.