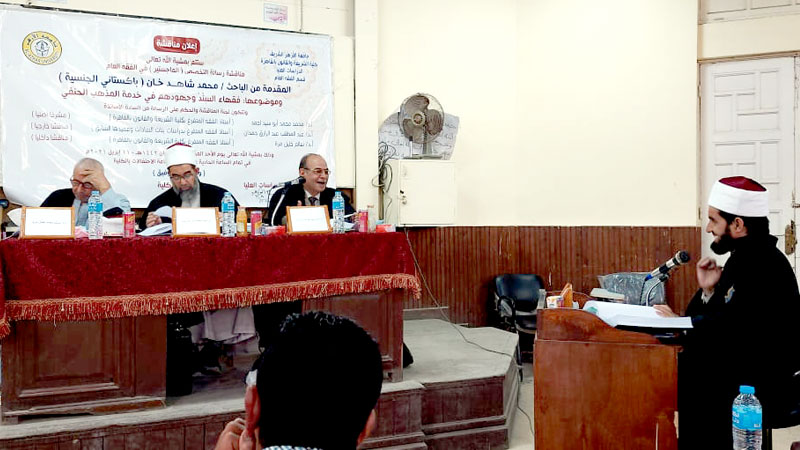 Hailing from Azad Jammu & Kashmir, Hafiz Muhammad Shahid Khan Al-Azhari passed his thesis with excellent grade. Prof Dr Muhammad Abu Saeed Ahmed appreciated his hard work and devotion and stated that the Pakistani students he came across left a deep impression of excellent manners, and educational performance. He said that the Pakistani students are the pride of Al-Azhar University.

Hafiz Muhammad Shahid also has an additional credit of doing teaching responsibility at Al-Azhar University for the last two and half years. He expressed his heartfelt gratitude to his teachers, parents and Shaykh-ul-Islam Dr Muhammad Tahir-ul-Qadri on his academic achievement stated that their guidance played a principal role in his successes.