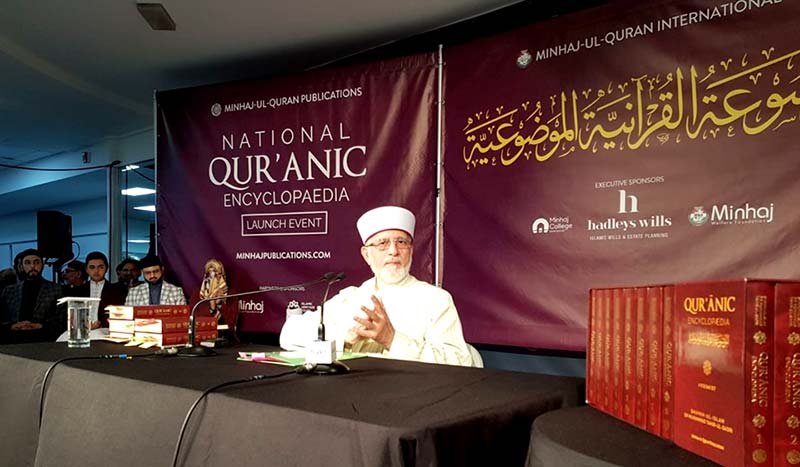 In his keynote address to the participants, Shaykh-ul-Islam Dr Muhammad Tahir-ul-Qadri said that the bright future of the Muslim world is connected with the implementation of the Qur'anic teachings. He said that the Holy Quran answers all questions related to Botany, Physics, Biology and Social Sciences and offers humanity guidance. He said that he was greatly satisfied with the massive appreciation that the Encyclopedia received from different segments of society including the youth who have a special relationship of love with the Holy Quran and is desirous of organizing the research work on the scientific lines as part of their duty to serve Islam. He said that after the publication of the Encyclopedia in Urdu, there was a huge demand for its English version, stating that Allah Almighty accepted our efforts in the fulfillment of this task as well.

Dr Tahir-ul-Qadri further said that one of the chief highlights and uniqueness of the Qur'anic Encyclopedia is that an index consisting of all the subjects discussed in the Holy Quran has been prepared with the help of which a reader with average intellect and education can easily trace the concerned topic. He said that thousands of the copies of the Urdu version of the Encyclopedia were purchased and this process continues to date. He said that its launching ceremonies were held in all the major and small cities of Pakistan, which is a record in itself.

Dr Qadri said that we are thankful to Allah Almighty Who enabled us to fulfill this grand duty. He said that MQI is playing its role in furnishing its intellectual guidance to the Muslims. He further informed that Encyclopedia of Sunna consisting of 40 volumes will be published this year as well. In addition to this, a collection of thousands of Hadith by the name of Jamia-ul-Ahkaam will also be completed.

The participants of the ceremony congratulated Dr Tahir-ul-Qadri on compiling Qur'anic Encyclopedia and termed it as need of the hour.

On being widely lauded, the #QuranicEncyclopedia which covers more than 5000 topics in 8 volumes was in high demand to be published in English. Alhamdullilah, Allah Almighty has bestowed His help to achieve this great milestone.@MQIUK pic.twitter.com/4GsYSVZ3PH

The #QuranicEncyclopedia is beneficial for everyone regardless of their level of study. Every person can consult it and obtain practical knowledge and guidance through it.@MQIUK pic.twitter.com/okwpeLD6qI

Revealed over 1400 years ago to God’s final Messenger (blessings and peace be upon him), the Holy Qur’an is arguably the most influential book in human history. A treasure-trove of knowledge and a fountain of guidance, it contains in its illumined pages inimitable principles that lay the cornerstone of great civilisations. This ‘blessed reminder’ and ‘wise book’ is a guide for the God-wary, which brings success in this ephemeral life and the life hereafter.

The Qur’anic Encyclopaedia, an eight-volume masterpiece, is among the great contributions of Shaykh-ul-Islam Dr Muhammad Tahir-ul-Qadri to the Qur’anic sciences. This encyclopaedia provides a topical arrangement of the Qur’anic verses providing the reader ease of access to receive direct guidance from the verses of the Qur’an. The topics of the Qur’anic encyclopaedia amount to thousands and consist of a wide variety of classical and contemporary topics in matters relating to Islamic beliefs, ritual law, social dealings, modern science, the social sciences, ethical behaviour and personal development, among others.

Among the salient features of the Qur’anic Encyclopaedia is an extensive index of Qur’anic topics and a complete index of Qur’anic words. These two indices are a highly beneficial tool for readers and researchers alike to navigate their way through the Qur’an and to gain knowledge from it directly. This encyclopaedia fulfils one of the key goals of Minhaj-ul-Quran International to return the Muslim Umma to the teachings of the Qur’an. God-willing, a consistent reading of this encyclopaedia will give its reader the keys to open the doors of Qur’anic knowledge and bestow on them access to its many gems and treasures. 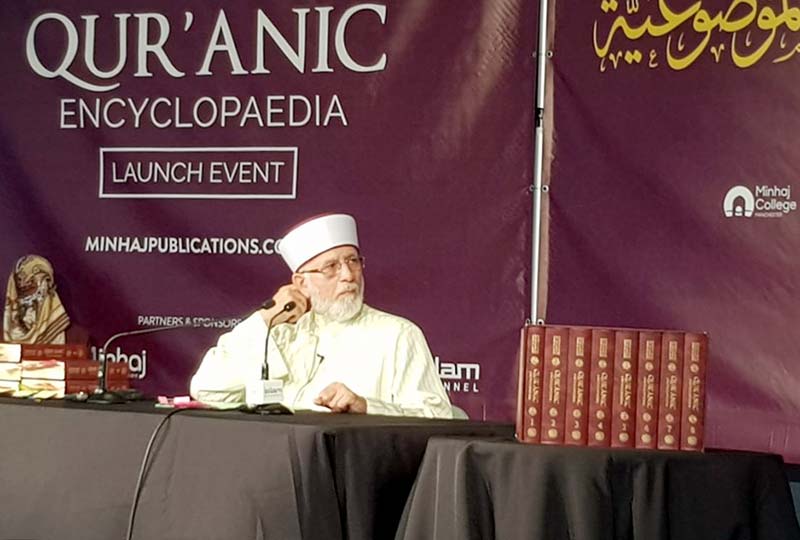 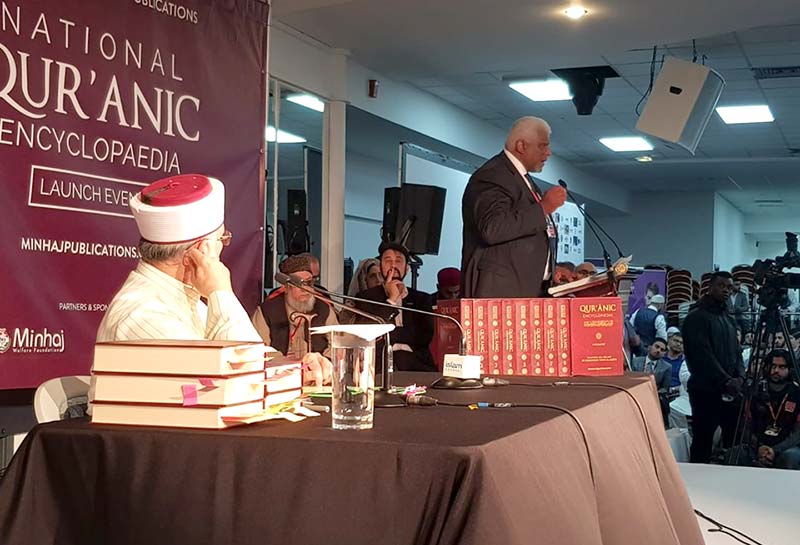 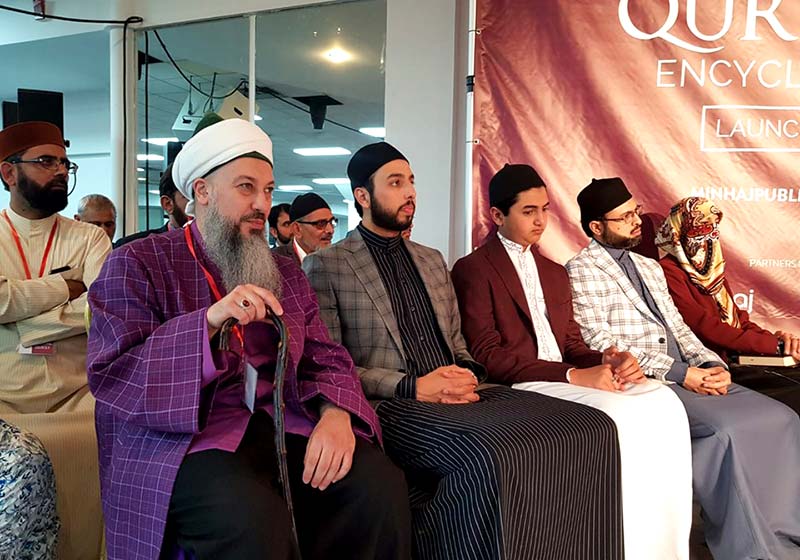 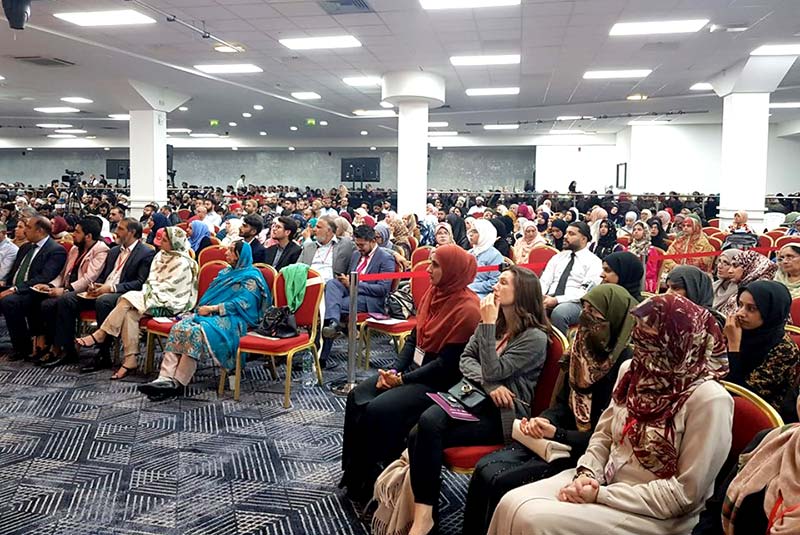 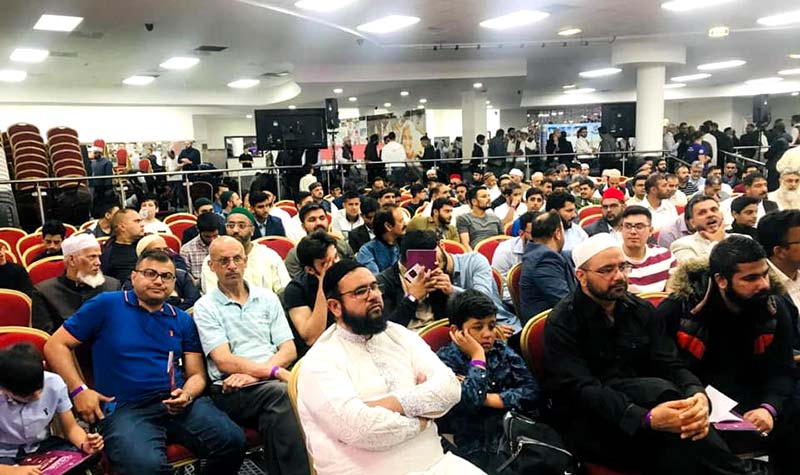 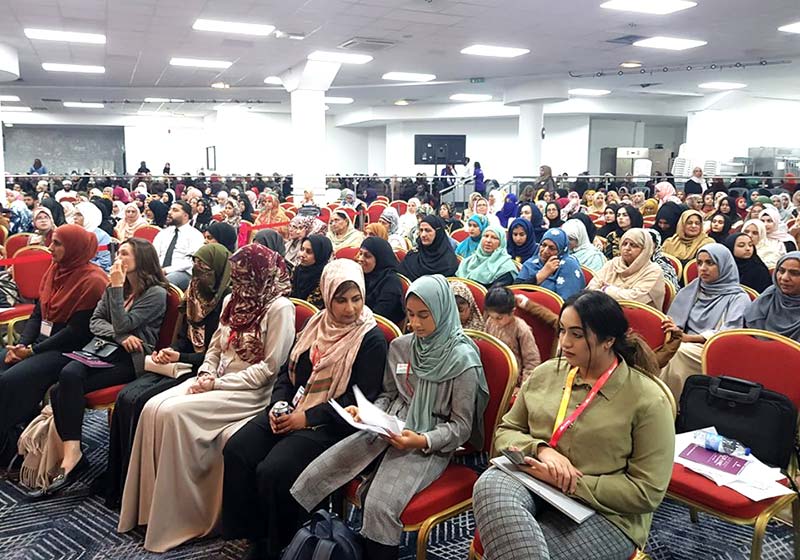 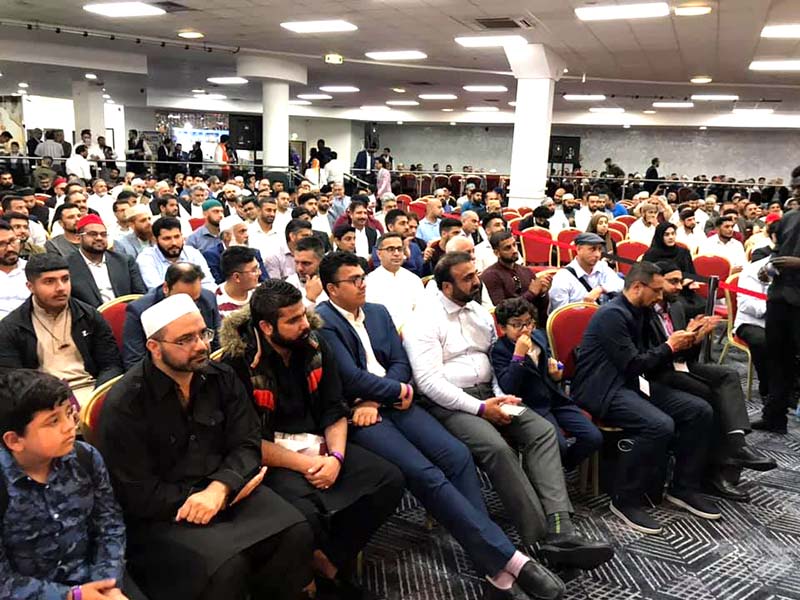 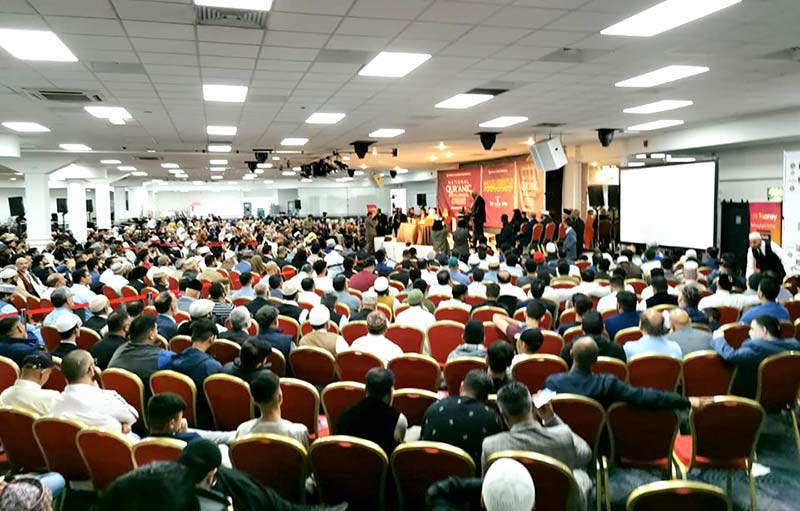 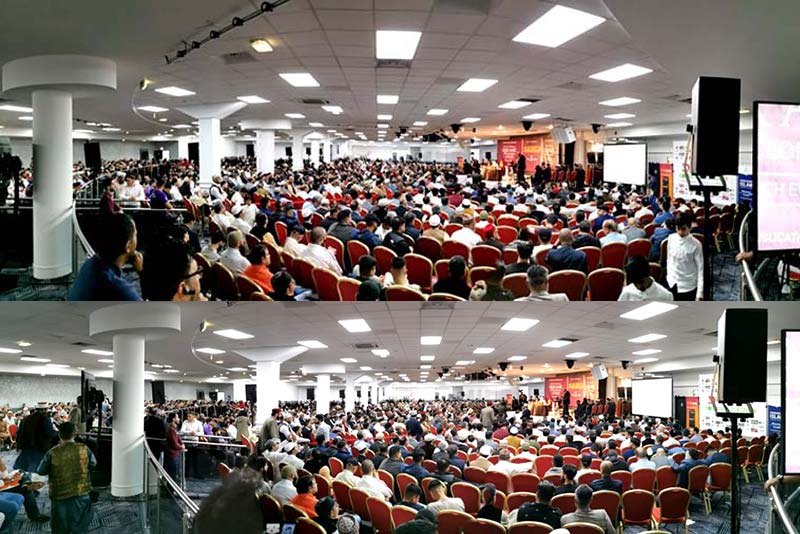 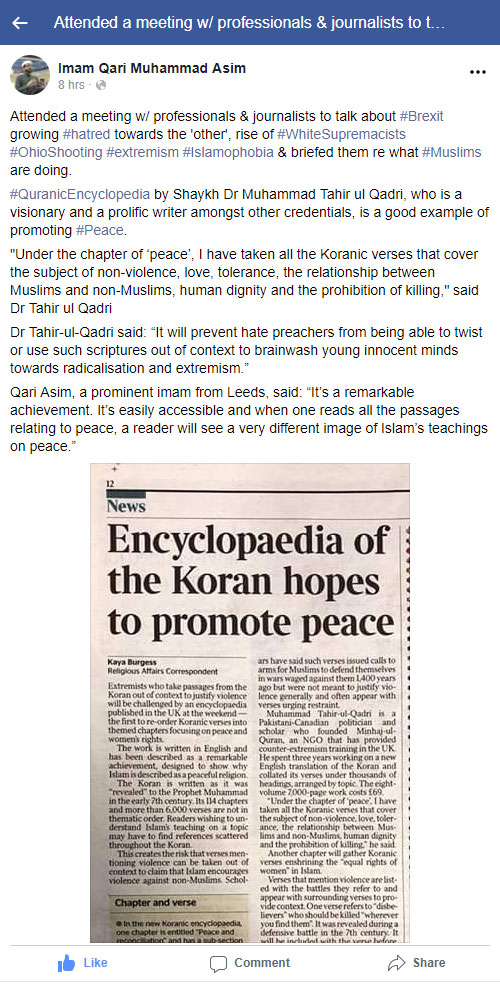