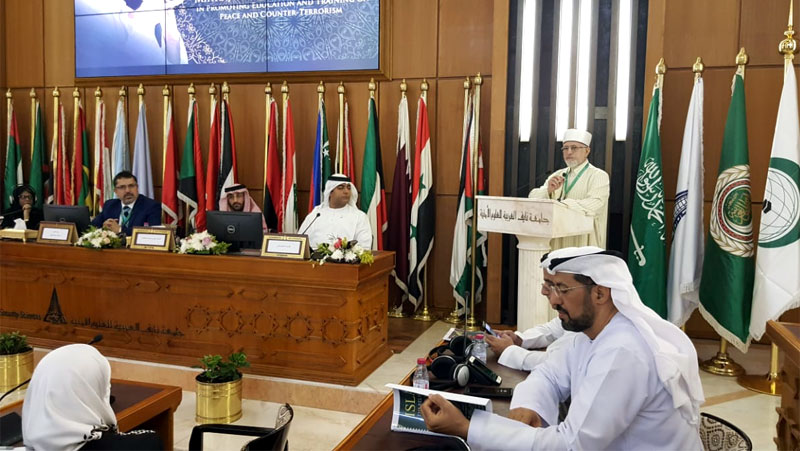 Addressing the concluding session of the OIC in Riyadh earlier today, Shaykh-ul-Islam Dr Muhammad Tahir-ul-Qadri, the head of MQI, has said that conservatism leads to extremism which then generates terrorism. He said that this human tragedy does not take place overnight. Rather it has dynamic variables, stating that purposeful educational system is of fundamental importance in fighting this scourge in a comprehensive manner. He said that school children need to be taught about our shared values of peace, tolerance and respect for humanity simultaneously with the start of their academic life. He said that our problem is that we wait for the seed to grow into a plant and then a tree. He said that it is easy to cut the seed, whereas quite challenging to chop down a grown-up tree. He said that the educational system should be free of every kind of bias and hatred, investing young minds with faculties of critical inquiry and exploration. He said that the purposeful educational system is central to the construction of a tolerant and moderate society.

Dr Tahir-ul-Qadri said that poverty and unemployment have a huge role to play in fostering the problem of terrorism. He said that terrorists very tactfully exploit the feelings of deprivation caused by unemployment and poverty for their nefarious designs and it is how they increase their ranks through the socio-economic ills. He said that the Islamic world can overcome the shared challenges of poverty by leveraging their technical expertise and resources in a coordinated manner.

The resolution adopted at the conclusion of the OIC meeting lauded Dr Tahir-ul-Qadri by mentioning his name on his global contributions to promote interfaith harmony and peace and counter extremism. In one of the paragraphs of the unanimous resolution, rich tributes were paid to Shaykh-ul-Islam due to his Fatwa against terrorism and suicide bombing and preparation of the peace curriculum in 2010 and 2015 respectively. The resolution suggested to the universities of the Islamic world to benefit from the peace curriculum designed by Dr Tahir-ul-Qadri by making it part of their syllabi.

Dr Qadri spoke for more than 25 minutes at the OIC meeting. The pictorial highlights depicting the global services and contributions of the MQI over the years were continued to be shown on the screen by the organizers as Shaykh-ul-Qadri was delivering his address. A special memorial shield was also presented to Dr Tahir-ul-Qadri by the OIC.

Chairman of the MQI Supreme Council Dr Hassan Mohi-ud-Din Qadri and President of Minahj-ul-Quran Women League International Dr Ghazala Hassan Qadri also accompanied Shaykh-ul-Islam during the OIC moot. Dr Qadri attended the proceedings of the moot over the two days of the Conference on April 9-10 and held meetings with the ministers, ambassadors and the heads of the internationally acclaimed universities.

The reason behind the broad based recognition of @MinhajulQuran International among all segments of society is due to its moderate vision of Islam and a strong stance against extremism and terrorism.#DrQadriEffortsTowardsPeace@OIC_OCI pic.twitter.com/oeISIkOGDX

Extremism does not come into existence all of a sudden, it starts from narrow mindedness in understanding the Islamic concepts and in appreciating the Islamic injunctions in their implication and application.#DrQadriEffortsTowardsPeace @OIC_OCI pic.twitter.com/RHhdIyVvOu

All the organizers of the OIC conference and especially Secretary General OIC Dr. Yousef Al Othaimeen deserves all the appreciation for arranging the conference on this pertinent issue.#DrQadriEffortsTowardsPeace@OIC_OCI pic.twitter.com/fbt73QCTi1 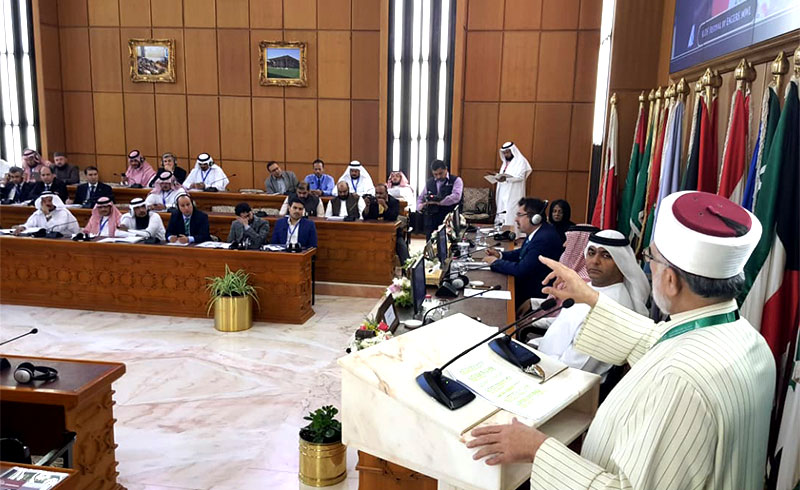 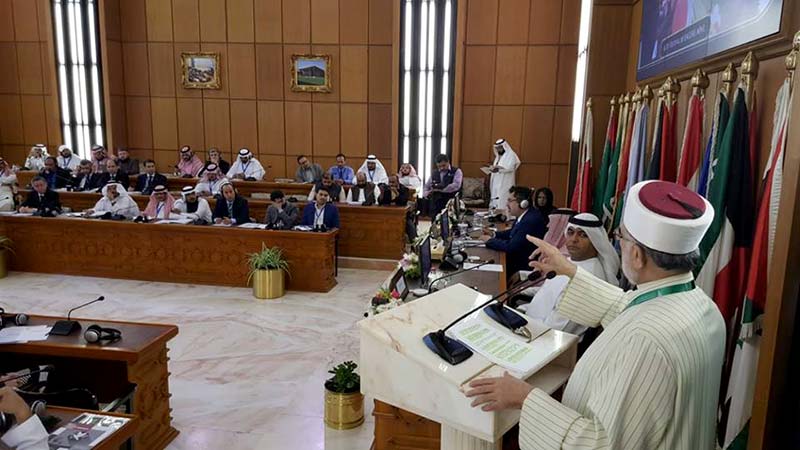 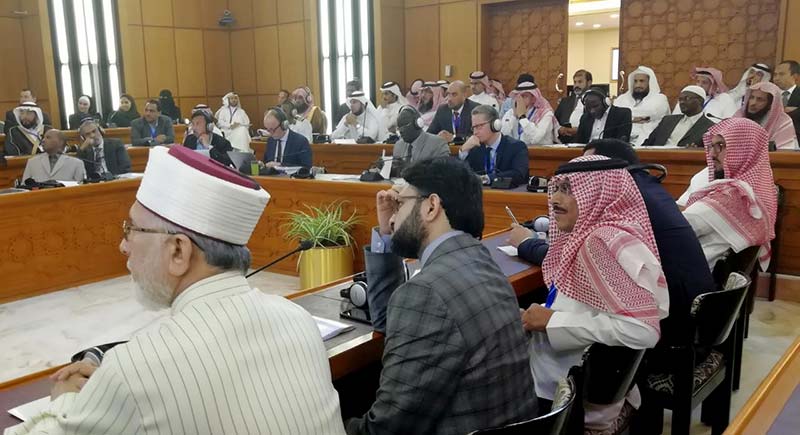 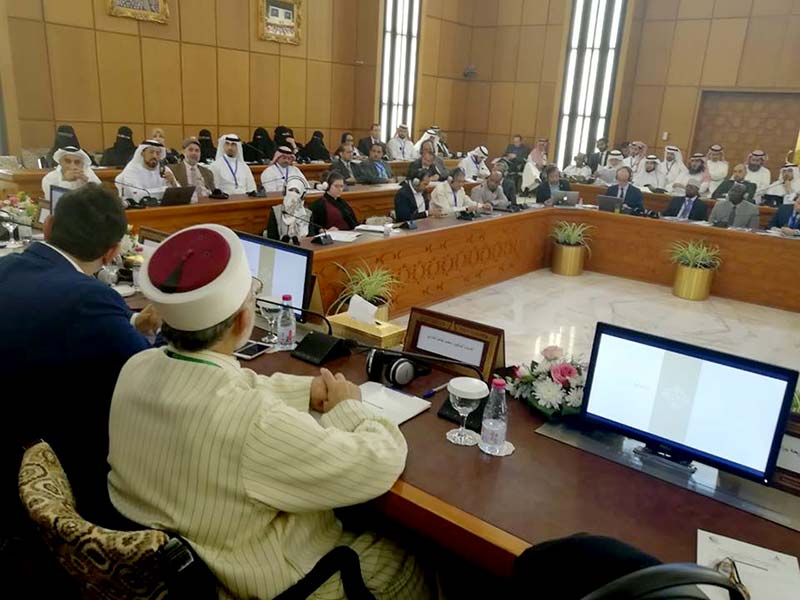 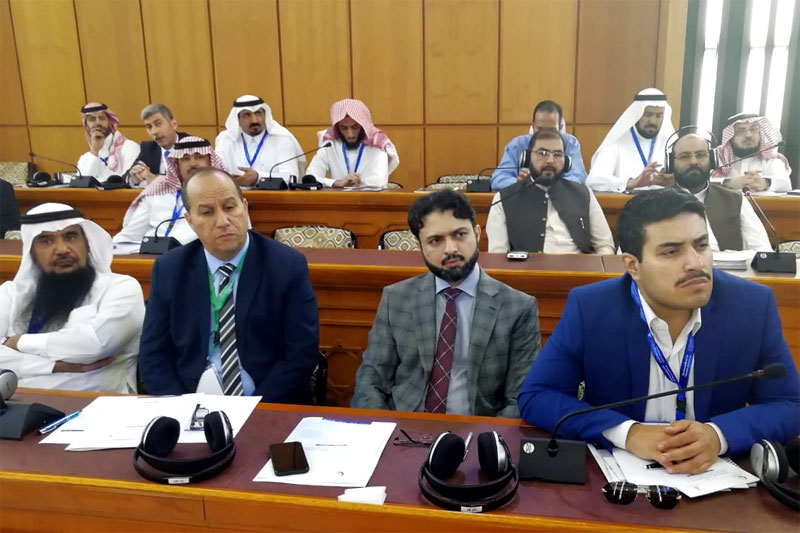