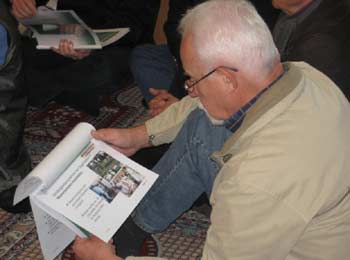 Friday, the 3rd October 2008, was not only a memorable day for Germany, as it was the 18th Anniversary of the “Day of the German Unification”, this sunny day was also the beginning of the unity between Muslims and Christians in Frankfurt, Germany.

Minhaj-Ul-Quran Frankfurt has been asked to open on this day for a dialogue and conversations between Muslims and Christians.

This open invitation has been announced by Dr. Brigitta Sassin, German responsible for Muslim Christian dialogue by the council of Frankfurt, to various Christian communities in and around Frankfurt. Interested people followed the invitation

After the Jumma Prayer a group of appr. 40-50 interested people visited Minhaj-Ul-Quran center in Frankfurt. Minhaj-Ul-Quran was the first of the two mosque to be visit on this day.


After a short introduction Dr. Sassin thanked for the invitation, Qari Nasir Qayyum and the Minhaj-Ul-Quran President Farooq Chaudhry spoke out the initial welcome. 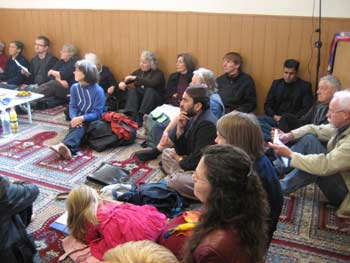 A detail briefing about Minhaj-Ul-Quran was given by Kehkshan Arif-Roth, a member of Frankfurt Women league. Handouts in german as well a guestbook were distributed to the visitiors.

Qari Nasir Qayyum gave the answers to the questions asked by the visitors as about the Minhaj-Ul-Quran´s involvement role in the Pakistani politic, or about the discrimination of Christians in the Islamic world.

Finally the buffet was opened for the visitors that was organized by the local members.

The visitor’s response on that informative session was very positive; all of them appreciated the informative, warm and tasty hospitality.

A joint platform for further conversation has been settled on that specific day, that every participant is looking forward to promote for a better inter-religion understanding. 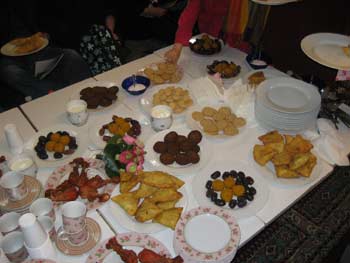