Inauguration of MQI Glasgow centre and Welcoming of Rabi-ul-Awwal 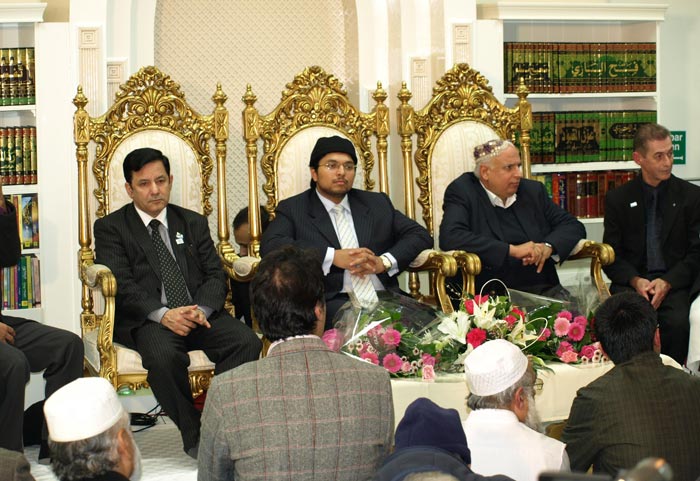 By the Grace of Almighty Allah and His Beloved Messenger (saw), Minhaj-ul-Quran International Glasgow opened the doors to their new centre to the public for the first time on the 21st of February 2009. The magnificent inauguration ceremony was performed by Sahibzada Hussain Mohi-ud-Din Qadri. Among the special guests present were local MP Ch. Mohammed Sarwar, Pakistan Consulate General Shah M Jamal, Dawood Hussain Mushidi, Local councillors, Priests of Glasgow Churches Ian and Duncan, Chief executive of Scottish Islamic Foundation Osama Saeed, Imams from all over Scotland representing different mosques, Local Police Constables and many other respected figures throughout Glasgow.

The ceremony consisted of the inauguration of the new centre as well as welcoming the blessed month of Rabi-ul-Awwal, with an attendance of over 1000 brothers and sisters this ceremony was hailed a success by all those who attended. The ceremony began with Sahibzada Hussain Mohi-ud-Din Qadri cutting the red ribbon and entering the new centre followed by revealing the brass opening plaque which was covered by a red velvet curtain. This plaque was engraved with the details of the opening of the centre by Sahibzada Hussain Mohi-ud-Din Qadri. 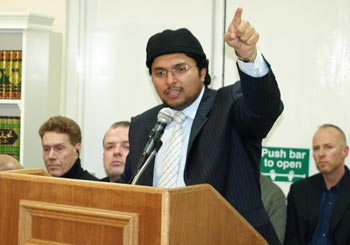 After offering Isha prayer the congregation and special guests were welcomed by Allama Mohammed Shahid Babar (Ameer-e-Tehreek Scotland). Stage secretary Shaykh Rehan Ahmed Raza then welcomed the guest in English and introduced the beautiful recitation of Holy Quran and Naat by Qari Jameel from London. Allama Shahid Babar then thanked all the guests for attending this beautiful inauguration ceremony of MQI Glasgow and continued by inviting Sayed Muhammad Tufail Shah (Ameer Jammat Islami Scotland) to say a few words, Imam of Masjid et Khizra Allama Jafar Bilal Barkati sahib was also invited to say a few words. Shaykh Rehan then invited Police constable Wilson to say a few words; this was appreciated by all the attendees.

Brother Osama Saeed Chief Executive of the Scottish Islamic Foundation also addressed the audience with a few words with regards to the current state of the Muslim Ummah at this present moment, he stated that the Muslims are being attacked from all sides of the world, and that it is due to our own faults, he urged that it is very important that we start following the sunnah of our Beloved Prophet (saw) and start caring for one another and our community, not just the Muslim community but interfaith community, it is through this way that we will start being respected and accepted by other faiths. He finished by stating that he encourages and supports MQI for its efforts and that he believed that MQI Glasgow will be a beacon of light for the this type of future movement. 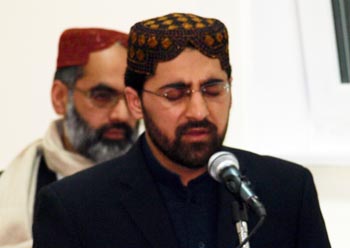 Allama Shahid Babar then Invited Pakistan Consulate General Shah M Jamal to address the audience. He talked about how Islam is a religion of peace as taught by our Prophet Muhammad (saw). He was very pleased with the opening of MQI Glasgow centre and believed that we played an important role in Muslim community.

MP Ch. Mohammed Sarwar was then invited to say a few words; he began by commenting on the great efforts of Minhaj-ul-Quran Glasgow for making such a beautiful centre and commended all those involved in its development. He then began to talk about how Muslim ummah is in need of unity, and peace and how Muslims need to start caring about each other, even if someone does something which is against us then we should still show mercy for them and think about what The Holy Prophet (saw) would do. He gave the example of when the Holy Prophet (saw) was stoned by the children of Taif to the extent that the Holy prophet’s sandals were filled with blood. Ch. Sarwar explained that The Holy Prophet (saw) still had mercy for them and asked Allah not to punish them in case their generations might embrace Islam. He explained that this is the type of character that we need to develop. He finished by supporting MQI Glasgow and encouraging them to hold a vital role in uniting the Muslims of Scotland and UK. 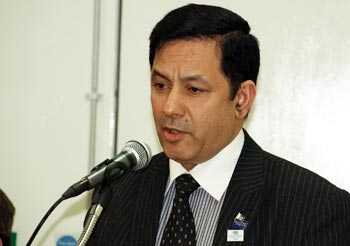 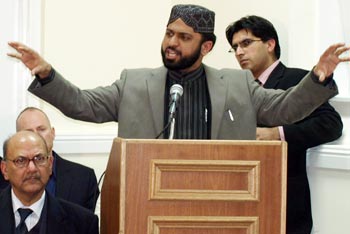 Sahibzada Hussain Mohi-ud-Din Qadri offered his respects to all attendees, he began his speech with the beginning of a verse from the Quran Surah al-Fath: Verse 29, ‘Muhammad-ur-Rasulillah’ (saw).

He then talked about the verse which he recited at the beginning of his speech. He explained that Allah Almighty mentions the Holy Prophet (saw) name first then his status, as people have a link with the personality first then their status. He explained how Allah Almighty did not give The Holy Prophet (saw) the status of Prophet hood until he was 40 years old, in these forty years the people of Makkah grew close to the personality of The Holy Prophet (saw), they loved and respected him, so that when he was given prophet hood the people would accept him. He stated that If you have love with personality then it is easy to follow the status. He continued to talk about the amazing and loving characteristics of the Holy Prophet (saw) and explained how we should be following the sunnah of our beloved messenger if we want to have peace and unity amongst Muslims and other faiths. 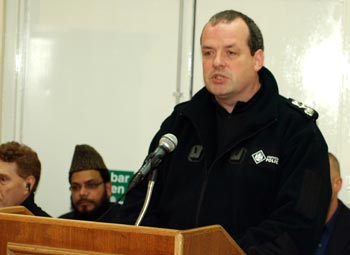 Sahibzada Hussain Mohi-ud-Din Qadri went on to talk about tolerance, he said that today the world does not need tolerance, as tolerance makes a person tolerate something through force. It creates hatred in ones heart. He stated Minhaj-ul-Quran does not promote tolerance; it promotes Peace, Love and Knowledge. It is through this that unity and peace can be spread throughout the world. This was the focal message of the night. That Islam is a religion of Peace and Love, and Minhaj-ul-Quran International is the organisation which is once again reviving this message.

He finished by congratulating all the members and affiliates of Minhaj-ul-Quran for making such a beautiful centre. He prayed that this this centre will promote the true message of Islam and the true message of Shaykh-ul-Islam Dr. Muhammad Tahir-ul-Qadri through Love, Peace and Knowledge within the community.

The ceremony ended with a great dinner being served to the special guests and attendees. All guest of the ceremony stayed until the end of the ceremony and spent some time with Sahibzada Hussain Mohi-ud-Din Qadri. The event was hailed a great success by all attendees. Local Councillors and Police officers praised Minhaj-ul-Quran and believed that they seen a future for Scotland in building relationships with other faiths and communities and spreading peace through the centre of Minhaj-ul-Quran International Glasgow. 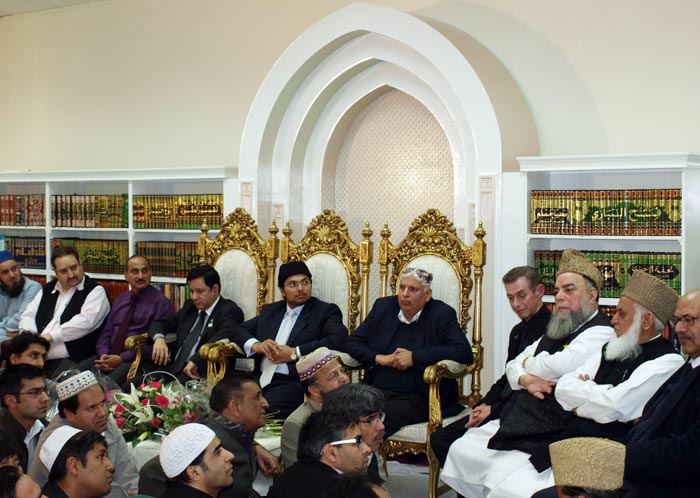 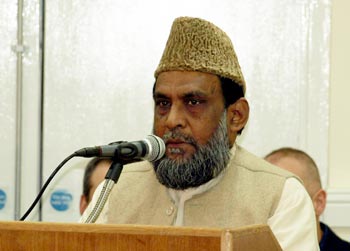 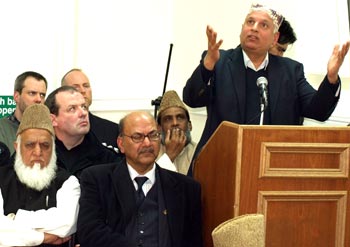 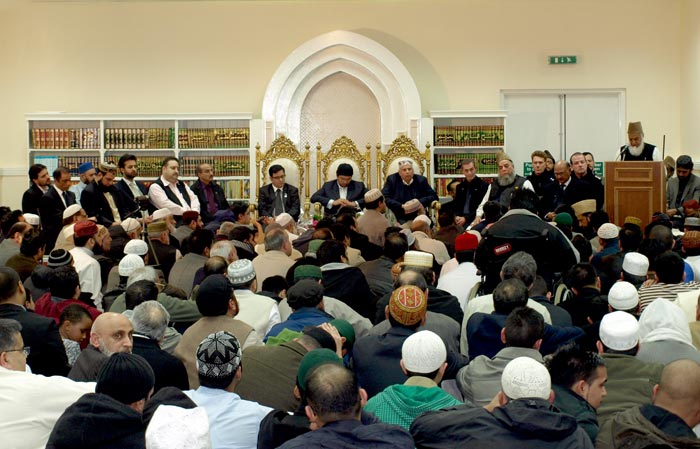 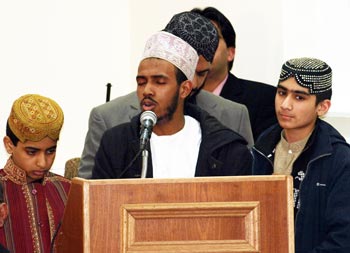 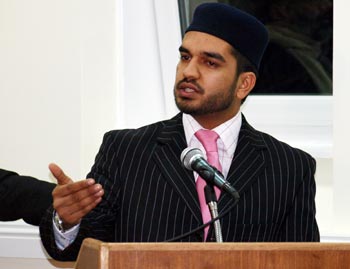 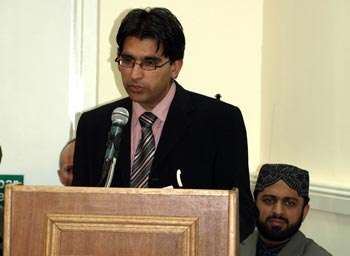 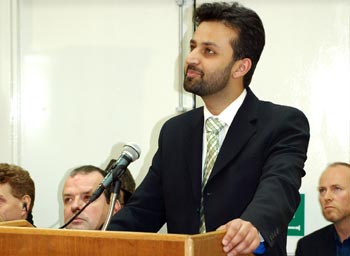 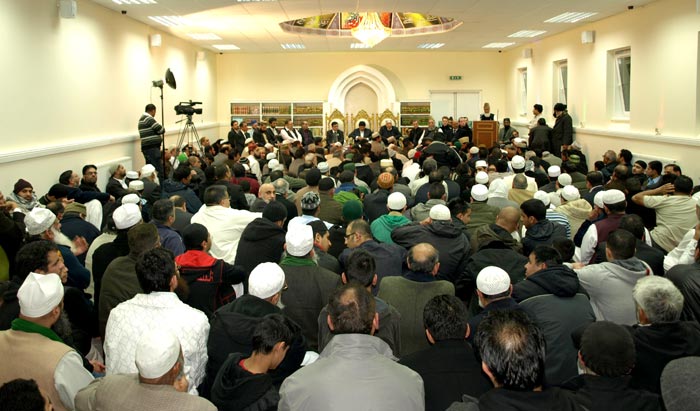