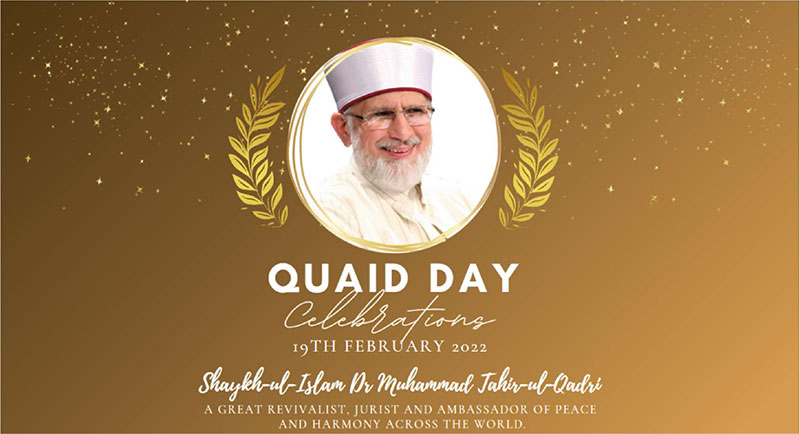 Minhaj-ul-Quran Australia (New South Wales) organized a grand Quaid Day celebration in Sydney, Australia, on Saturday 19th February 2022 to celebrate the 71st birthday of the founder of Minhaj-ul-Quran International, Shaykh-ul-Islam Dr. Muhammad Tahir-ul-Qadri. The program was organized at the Auburn Centre for Community’s main hall and was attended by dozens of people who came from various parts of Sydney to show their love and affection with their beloved Quaid. 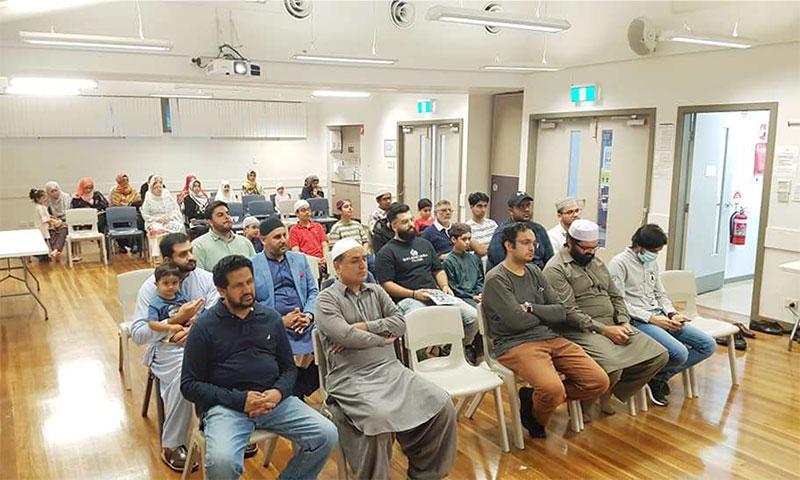 The program started with the recitation from Holy Quran by Mr. Touseef Ahmed Khawaja, Secretary Memberships, who recited Sura Al-Fatiha and also presented its English translation for the audience from Irfan-ul-Quran (Glorious Quran), which is the hallmark translation done by Shaykh-ul-Islam.

After the recitation from the Holy Quran, several Naats were presented for the Holy Prophet (PBUH) by Mr. Mousa Abdul Aziz, Mr. Muhammad Sameer, and Brother Muddassir. 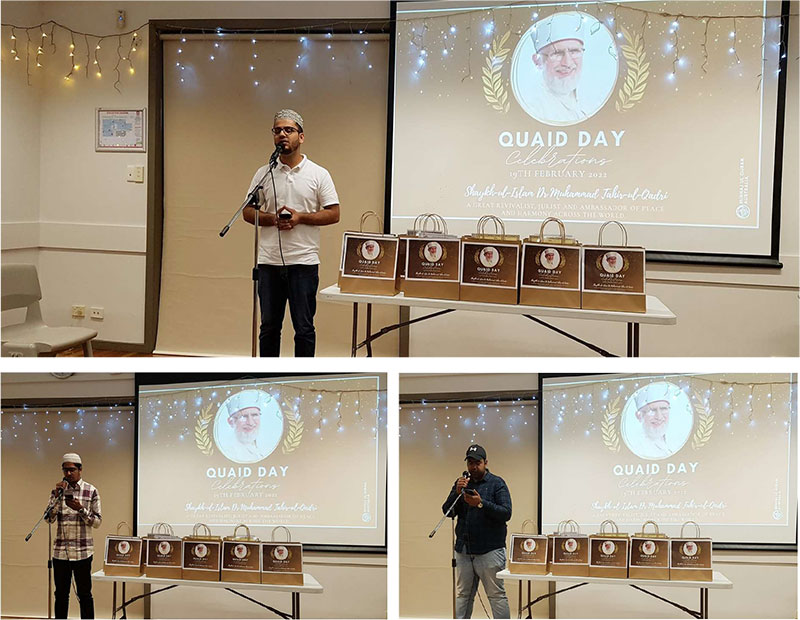 On the auspicious occasion of the Quaid Day, a video documentary was presented with a brief introduction of Shaykh-ul-Islam and the Minhaj-ul-Quran International and its various departments and services. A child, Hammaad Ahmad Khawaja, aged 13, also delivered a speech on the early life of Shaykh-ul-Islam and the hard work and sacrifices made by him during that time. He received a huge applause from the audience for his effort.

After this, another Naat session was held with a beautiful Naat recited by one of the guest lady, who is visiting Australia from Pakistan and another beautiful Naat was recited by Mr. Muhammad Jamal, who has been serving Minhaj-ul-Quran International in Melbourne since many years and has recently moved to Sydney.

Later on, a video speech by Dr. Hussain Mohi-ud-Din Qadri, President of Minhaj-ul-Quran International, was presented in which he spoke about Shaykh-ul-Islam Dr. Muhammad Tahir-ul-Qadri and provided a brief comparative analysis of Shaykh-ul-Islam and other great scholars of their times like Imam Ghazali, and Shaykh Muhaddis Dehlawi etc. 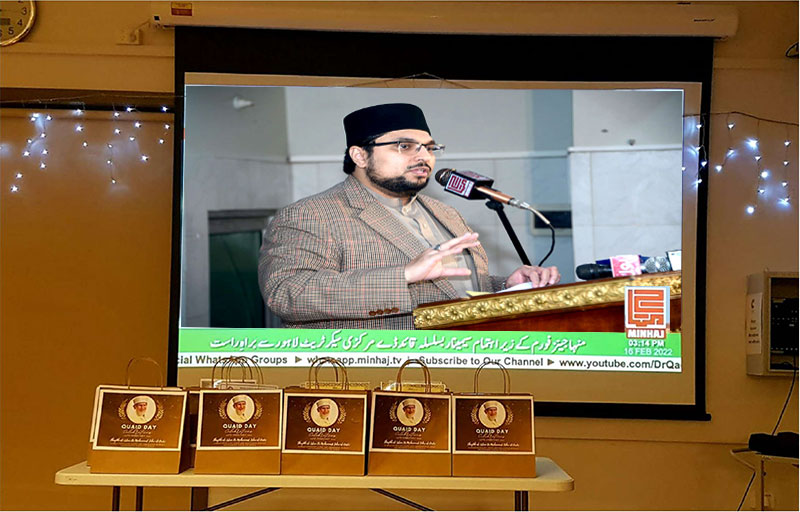 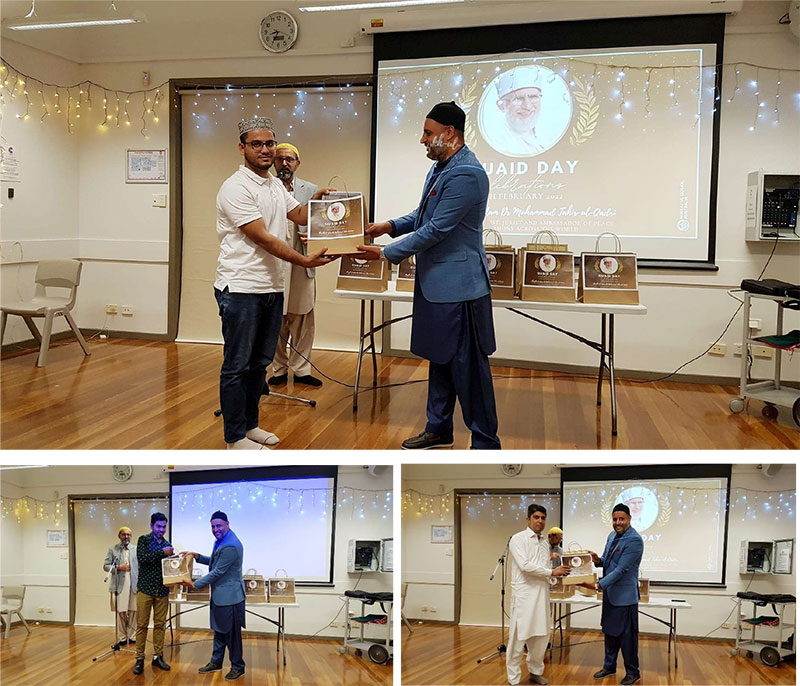 During the program a senior member of MQI Mr. Sabir Baloch, SVPs of MQI NSW, was requested to express his observations and experiences with Shaykh-ul-Islam among his company for the motivation of the new members and other audience.

In the end, a birthday cake cutting ceremony was held where all the participants of the program including the MQI members and the guests held their hands together to cut the cake. The sister guests also participated in the cake cutting ceremony. On this occasion, all participants of the program made Dua and supplications for the health and long life of Shaykh-ul-Islam Dr. Muhammad Tahir-ul-Qadri. 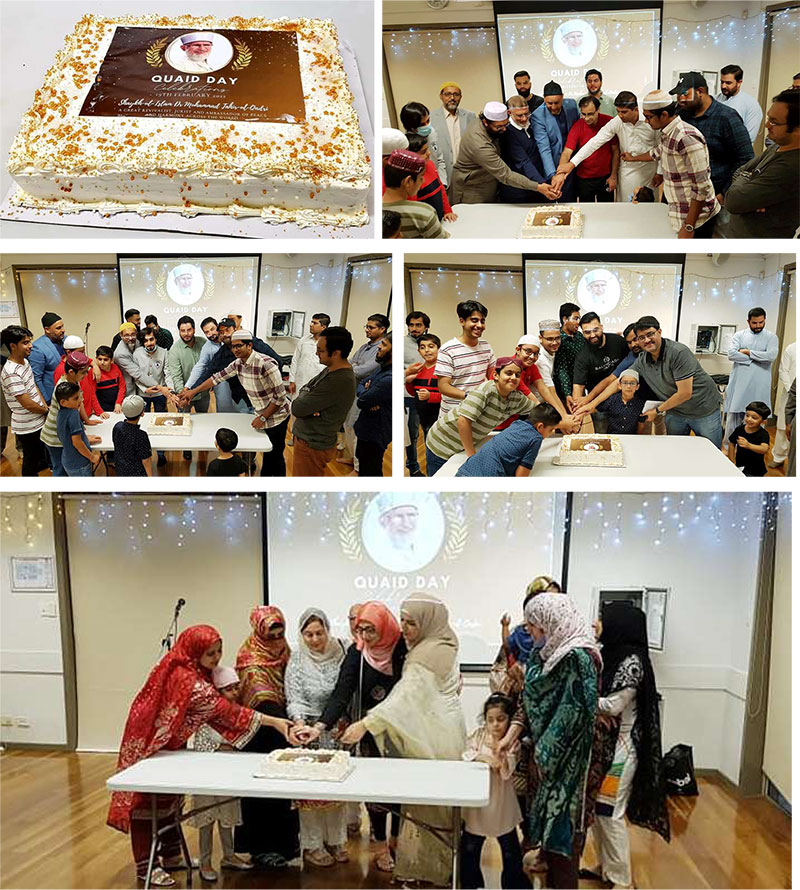 The program concluded with a grand dinner organized by the members of the Minhaj-ul-Quran Australia (New South Wales).