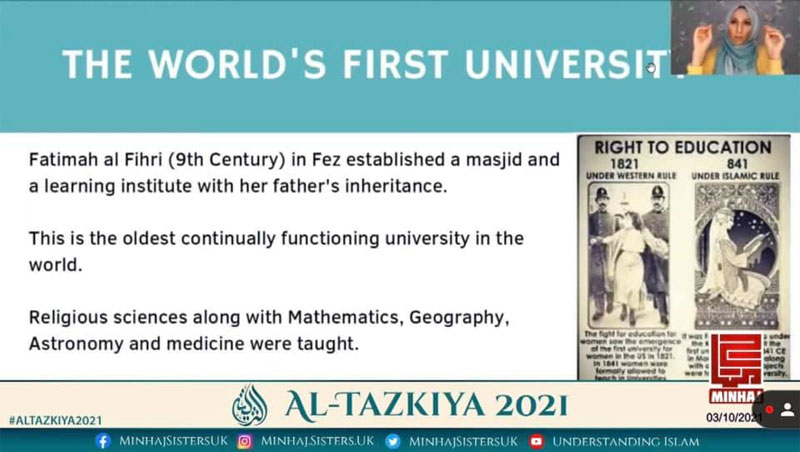 The participants of Al-Tazkiya 2021 were eagerly waiting for Day 2 to start after a knowledge-filled first day. The session began with host Aaiza Iqbal welcoming everyone to Day of Al-Tazkiya and introducing Sister Attiya Parveen for a beautiful recitation of the Holy Quran. The group Al-Haneen then presented Nasheeds in their melodious voices which set the spiritual scene for the Day 2.

Sister Aaiza then introduced Sister Safiyyah Sabreen who delivered her presentation. She began her presentation by highlighting how women were so instrumental in the intellectual development of a civilization. She emphasised throughout that gender was irrelevant. It was intellectual ability and spirituality that decided what these women would do. Their gender was not a barrier, she added.

Sister Safiyyah explained how the Holy Prophet (SAW) greatly emphasised the importance of women’s education. He (SAW) would give men and women both time, plus hold weekly sessions with just the females. The Holy Prophet (SAW) would also consult and ask for advice from the female companions. The female companions were regular attendees at the mosque, had amazing memories and participated in almost every important event in early Muslim history.

Mrs. Safiyyah said that the male companions would ask Sayyida Aisha (RA) for fatwas [legal rulings] on issues of law, inheritance, etc. When Umm Salama asked the Holy Prophet (SAW) why women weren’t mentioned separately in the Holy Quran (in Arabic, masculine nouns and pronouns are used as the neutral form), he (PBUH) narrated the verse of the Holy Quran during a sermon on the same day, stating: God says in the Book: The Muslim men and the Muslim women; the believing men and the believing women; the men who are obedient (to God) and the women who are obedient (to God)... [Surah al-Ahzab:35].

Mrs. Safiyyah went on to explain the historical discoveries made by Muslim women, such as Rufaydah Aslamiyyah being the first medic in Islam who invented mobile hospitals taken into battle and Fatimah al Fihri establishing the world’s first university. She highlighted that the crisis in the Ummah today is political, economic, social, spiritual, epistemological/intellectual, and educational. Muslim women, she said, who challenge the economic, intellectual, academic challenges etc. would remove stereotypes about Muslim women being oppressed and incompetent.

Safiyyah emphasised that there is an ideological war, and the way to fight it is using the Holy Quran. She ended with the comment: "The Holy Prophet (SAW) said that in the Battle of Uhud, whenever he turned to his left or right, he (SAW) saw Umm Ammarah defending him. Will we not defend the Holy Prophet (SAW) and the religion against slander and propaganda? Be the Umm Ammarahs of our time. Stand up and defend your Prophet (PBUH) in your capacity!" 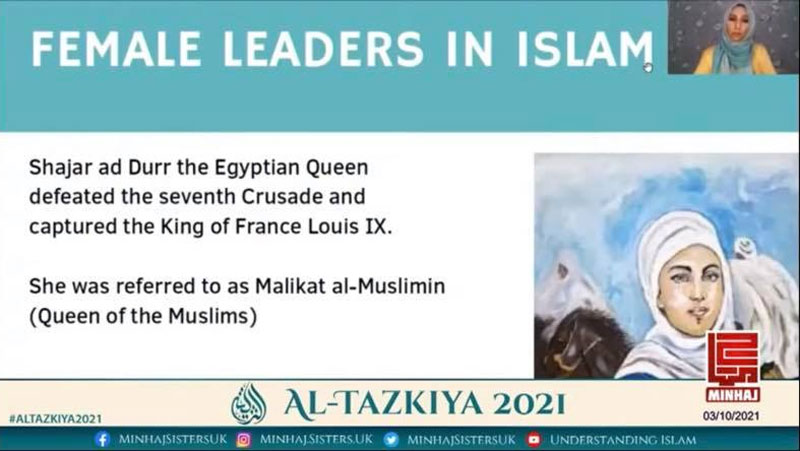 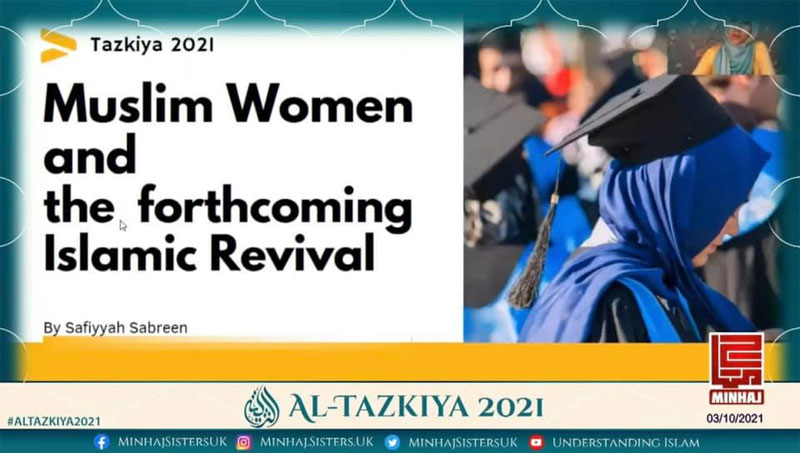 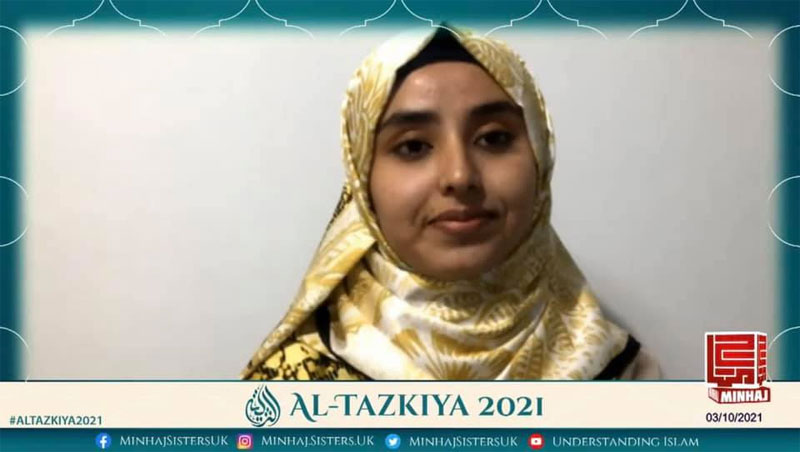 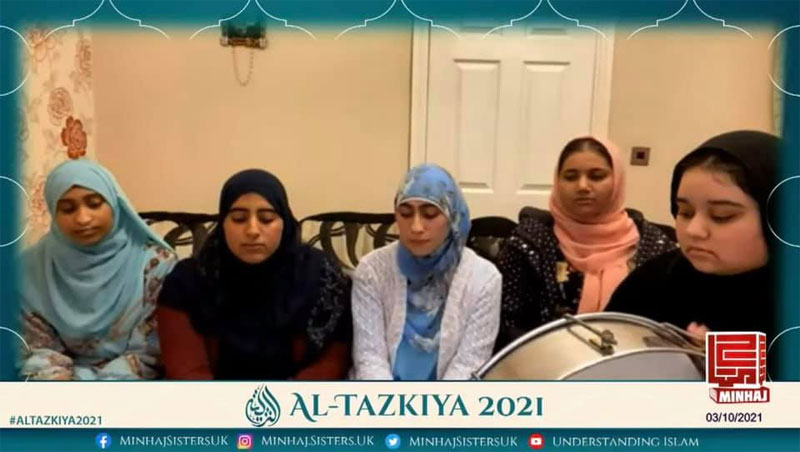