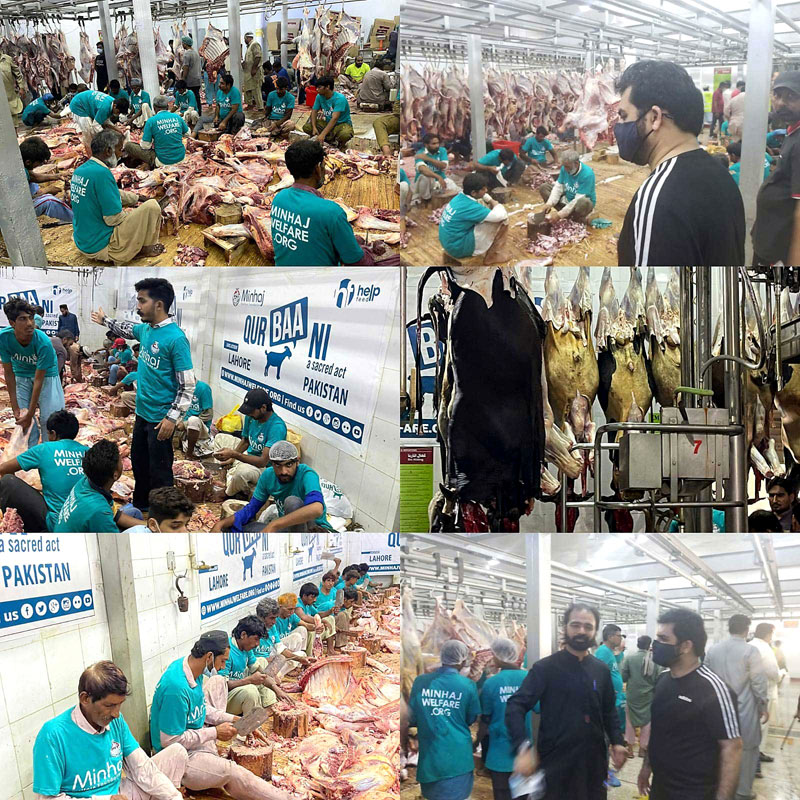 Khawaja Kamran Rashid, President of MQI Canada, visited the central slaughterhouse set up by Minhaj Welfare Foundation. Representing the Pakistani community based in Canada, he took active interest in the collective drive and oversaw the distribution of the meat among the deserving families.

While speaking during the visit, Khawaja Kamran Rashid said that MWF has been doing a tremendous work in different realms of human welfare under the leadership of Shaykh-ul-Islam Dr Muhammad Tahir-ul-Qadri. He said that attributes such as standard, sense of responsibility and trust of the shareholders have been the distinguishing features of the work MWF has done over the years.

Briefing the guest, Syed Amjad Ali Shah, Director MWF, said that the arrangements have been made to provide meat of the sacrificial animals among one million people. He thanked MQI Canada and Muslim community members for contributing their share to the practice of collective sacrifice.

Jawad Hamid said in his talk that different teams are set up on the occasion of Eid-ul-Adha. He said that all steps in the chain of actions from the slaughter of animals to the distribution of their meat are done as per the SOPs.