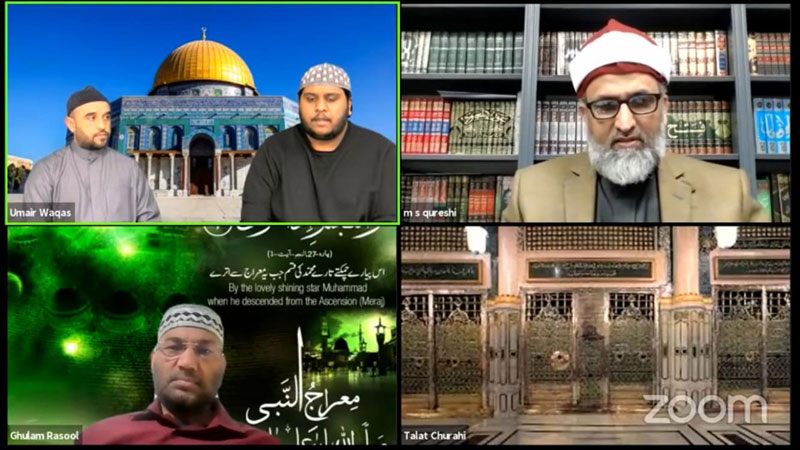 The program started off with tilawat of the Holy Quran by Qari Shafiq Ahmad Naeemi Al Azhari followed by praises in the court of our beloved Prophet (pbuh) by Salman Hassnain, Anas Hassnain, and Abdullah Sheikh.

Hafiz Umair Waqas welcomed everyone for joining and thanked the participants on behalf of MQI Canada.

The English talk was delivered by Hafiz Abdullah Raja in which he explained the journey of our Beloved Prophet (pbuh) during the Night of Ascension.

The keynote speech was given by Allama Sadiq Qureshi (UK) in which he explained the concept and different stages of Miraj-un-Nabi (pbuh).

The program was then concluded with Zikr by Allama Muhammad Ahmad Awan and Duaa by Allama Sadiq Qureshi. 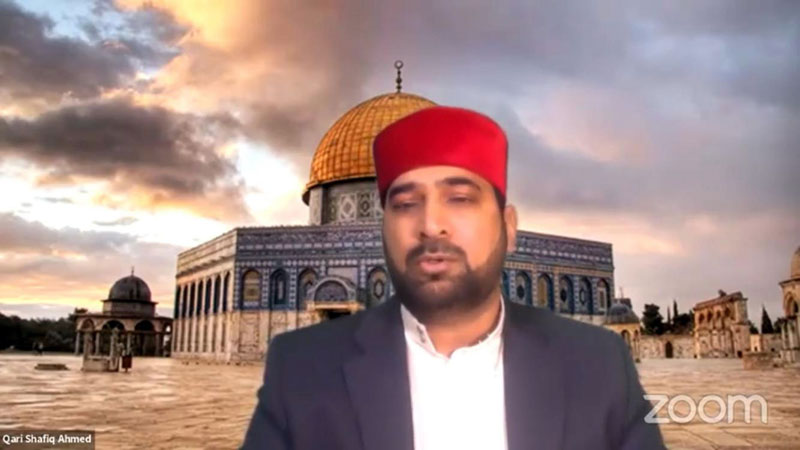 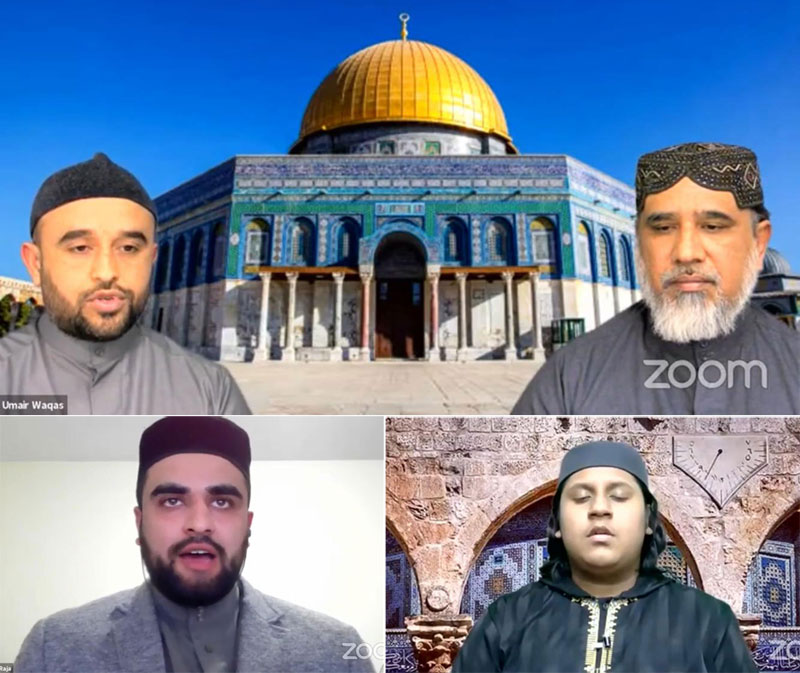 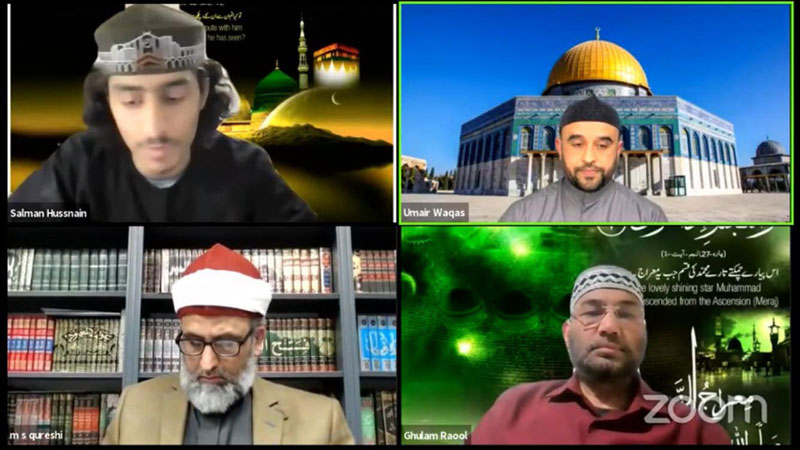