The gathering in Ashton Central Mosque was organized by Minhaj-ul-Qur’an (Ashton) in remembrance of Sarkar Alam Panah, Taaj-ul-Arifeen, Haji Hafiz Syed Waris Ali Shah (RahmaTullah’Alayh). Shortly after Salaat-al-Maghrib, the Glorious Qur’an was recited by Qari Hafiz Muhammad Zāhid Sharif Rizvi (Imam and Teacher at Ashton Central Mosque). Followed by a collective recitation of the Qasīdat al-Burda in honor of the Holy Prophet Muhammad ﷺ. Haji Muhammad Ashfaque Warsi (President MQI-Ashton) then led the recitation of the Durood-e-Minhaj, sending salutations upon the Beloved Prophet Muhammad ﷺ. Next, Qari Hafiz Muhammad Zāhid Sharif Rizvi led the collective recitation of the Wazaif (specified by Huzoor Shaykh-ul-Islam Dr. Muhammad Tahir-ul-Qadri for all Halqa-e-Durood gatherings); these Wazaif were printed and given to each congregant.

Then, Br. Hussain Raza Malik Chishtī recited a Na’at in honor of the Holy Prophet Muhammad ﷺ. Following on from that, Br Muhammad Younis Warsi recited a melodious Manqabat in honour of Sarkar Alam Panah Hafiz Syed Waris Ali Shah sb. (RahmaTullah’Alayh). Then, Allama Muhammad Naeem Tariq Hujweri (MQI Stoke) delivered a very informative talk, referencing al-Fātihah, specifically about following the straight path of those upon whom Almighty Allah has bestowed His favours, including the example from the life and teachings Sarkar Alam Panah Hafiz Syed Waris Ali Shah sb. (RahmaTullah’Alayh). Allama Naeem Tariq Hujweri used references from the Glorious Qur’an and Hadith effectively and consistently, to express how the Auwlia (friends) of Allah spend their time concerned with the remembrance of Allah to the extent that Allah accepts them as a friend and spiritually empowers them to serve humanity during their life in this world and in their next life from their graves.

Then there was a break for Salaat-al-Isha, after which another Na’at was recited by Muhammad Burhan Tariq, son of Allama Naeem Tariq Hujweri. This was followed by a recital of the Silsila Qaria Razzaqia by Br Muhammad Younis Warsi. The Urs and Halqa-e-Durood gathering concluded with the final supplication conveying all recitations of Durood-e-Paak brought to the gathering and additional Wazaif read for the Holy Prophet ﷺ, the Ahl al-Bayt, for the ill, poor and less fortunate people of this world. Prayers were offered for al-Haj Muhammad Rashid Azam and al-Haj Muhammad Zulfiqar Ali Hussaini, both prominent Na’at recitors from Pakistan, who had recently passed away.

A meal was served in the ACM Dining Hall that was greatly appreciated by the families that attended. There were approximately 70 male and 70 female attendees.

In total 1,249,000 Durood Shareef recitations were gathered on this occasion from attendees and well-wishers. All recitals have been forwarded to the Minhaj-ul-Qur'an International Central Collection of Durood Shareef. 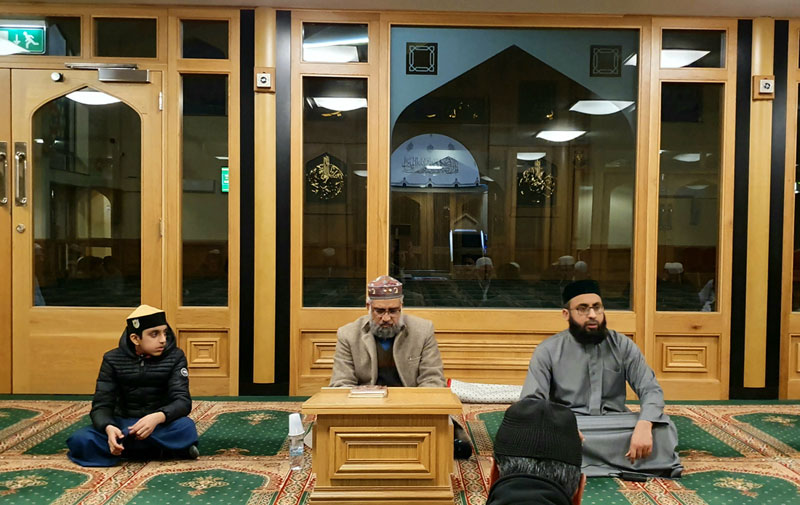 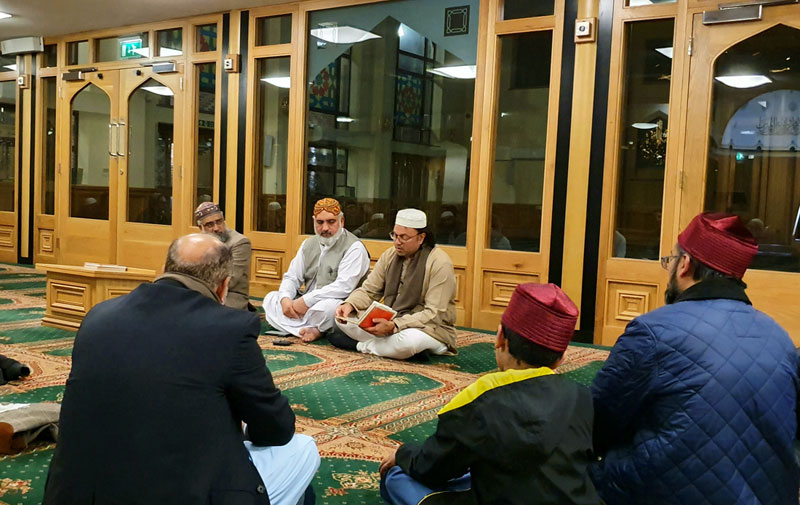 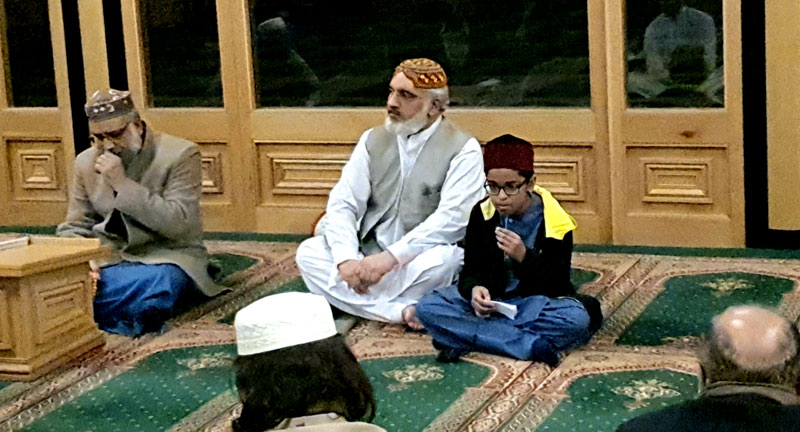