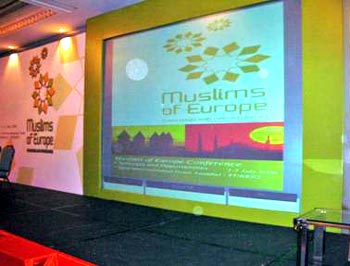 The past few years have been very challenging for the Muslims in the western world. Unfortunately the true picture of Islam has not been shown to the world although many efforts have been made by Islamic Organizations as well as Muslim individuals in many parts of Europe.

The British Foreign and Commonwealth office organized a 2 day conference on the 1st & 2nd of July 2006 in Istanbul the capital of Turkey. The Muslims of Europe Conference was organized to discuss the Identity, Citizenship, and Challenges & Opportunities with regards to the Muslims in Europe. Prominent Muslim Scholars, intellectuals, academics and government officials participated from more than 20 countries of the world.

Professor Mehmet Aydin the Religious Minister of Turkey did the opening speech followed by main speakers of the opening session, Prof Ekmeleddin Ihsanoglu the secretary general of the OIC, Shaykh Ali Jumma the Mufti of Egypt and Rais ul Ulama Dr Mustafa Ceric the Grand Mufti of Bosnia.

In the second session each of the three topics of the conference were discussed which further led to group discussions on each topics for the next session. Each of the group discussions were lead by prominent Muslim intellectuals and scholars from all over the world.

There were five main speakers of the conference who spoke on the topics. Respectable Shaykh Yousaf Al-Qaradawi from Qatar spoke in Arabic followed by respectable Shaykh Abdullah Bin Bayyah from Mauritania spoke on the first day after Lunch. Amr Khaled and Dr Anwar Ibrahim from Malaysia delivered their speeches in English after dinner on the first day of the conference. 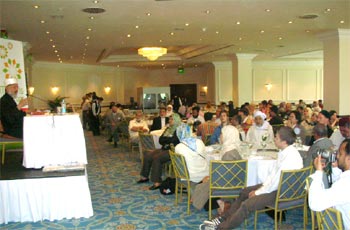 Islam has introduced the disciplines of plural society and has laid the foundations for an ideal plural society keeping the rights of every individual living in the society no matter what faith the individual belongs from.

Shaykh ul Islam Dr Muhammad Tahir ul Qadri further said that TERORISM HAS NO RELIGION. It is a social act and it is linked to society due to several reasons. Terrorism is an act that is a reaction due to specific reasons. Terrorism can be from any society but it has no link to any religion in the world. Terrorism can be American, it can be Indian, it can be Christian, Jewish, Chinese or it can be based on any society or country but cannot be taken to be a part of any religion. 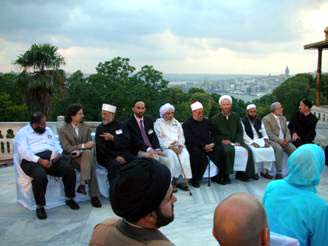 Shaykh ul Islam Dr Muhammad Tahir ul Qadri concluded his speech by emphasising that Europe has always been in favour of Muslims within Europe and in the foreign world. But Europe needs to promote the true picture of Islam by placing modern learned Islamic Scholars and intellectuals as the participants of this conference on the media. Unfortunately media has not been playing its role in promoting the true picture of Islam due to which many problems have arisen for the Muslims as well as the European societies.

Finally, Sami Yusuf sang the beautiful supplication on the beloved Prophet Muhammad (peace be upon them) before the declaration of the conference was read out by Dr Mustafa Ceric, the Grand Mufti of Bosnia. 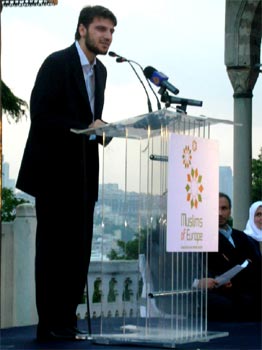 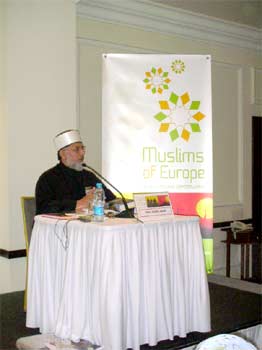