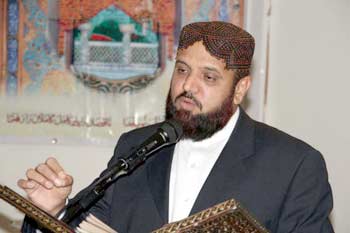 young and old gathered to participate in the programme. The programme commenced with the recitation of the Holy Quran by Sobaan Ahmad. 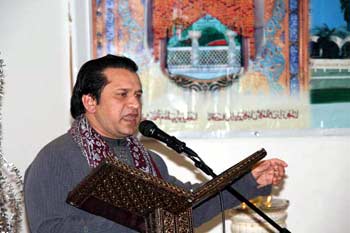 Then a beautiful naat was recited by Haji Abdul Rauf.Director of MEC Oslo Allama Noor Ahmad Noor presented Arifana Kalaam written by himself. Then Muhammad Bakar Chughtai flout artist from Greece presented beautiful Nasheeds and Arifana Kalaam with duff, and presented a naat beautifuly with flout. Then the special guest from Nazim Dawat or Tarbiat Minhaj-ul-Quran Pakistan Sahibzada Farhat Hussain Shah Sahib addressed the gathering beautiful on the meaning of 'Tasawuf' and how can one reform him self according to the teachings of Olia. He highlighted upon the story of Flout in Molana Room's Masnavi Sharif and told that where the flout weeps in seperation their it also thanks Allah (swt) that i was nothing no one knews me and by the blessings of Allah (swt) i came into hands of a good man. He worked on me, straightened me and cleaned my innerside and made a whole in me and than puted his mouth on me so i began to speak i dono't speak by my self its him who speaks in me he makes me valuable that people likes to listen me. 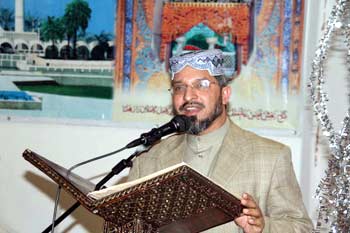 The programme came to end with Salaam to Rasool Ullah (saw) and a special dua prayed by Sahibzada Farhat Hussain Shah Sahib to Allah for His special blessings and sought forgivness for all the people who participated in the holy programme..

Delecious food was ditributed . May Allah accept the humble efforts of Minhaj - ul - Quran International, and may He guid us and strengthen our link with His Beloved Prophet Muhammad (saw) and with our repected Quid Sayyidi Shaykh - ul - Islam Doctor Muhammad Tahir - ul - Qadri. Amin 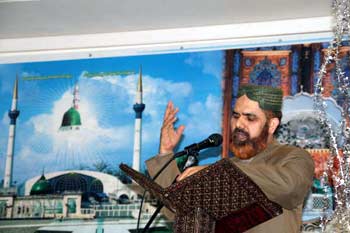 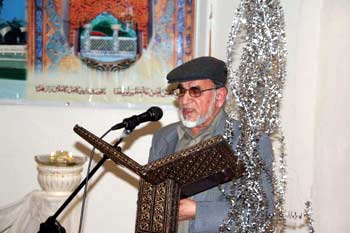 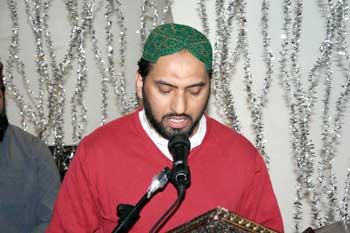 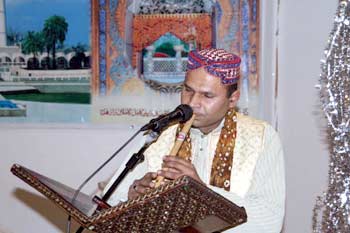 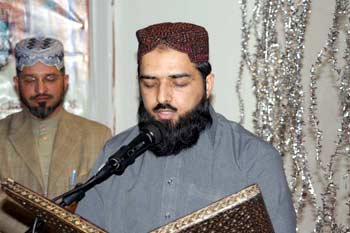 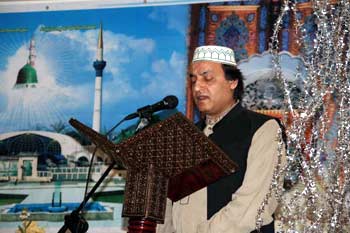 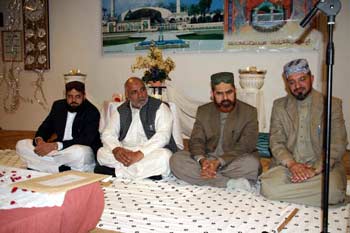 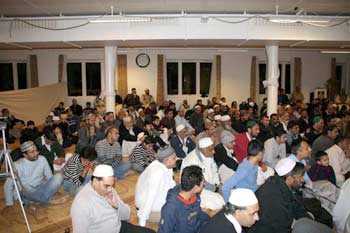 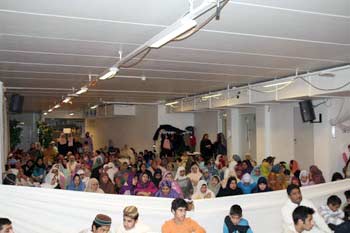