In The Remembrance of our Brother Shahzad Shaffi (Late) 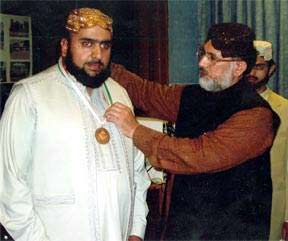 It has been almost a year since our Beloved Brother Shahzad Akhtar Shaffi, Managing Director of Minhaj Welfare Foundation (MWF), UK passed away. The people who worked with him, knew him and lived with him commemorate him. He has certainly not been forgotten, especially within the welfare office, Minhaj centre and the Muslim Youth League (MYL) of Nelson.

He played a very important role within the hearts of many people as he was the motivation of many hearts from a young age. He was known to be a bright teenager at his old school, full of motivation right up until he went to University and completed his degree in Computer Engineering. 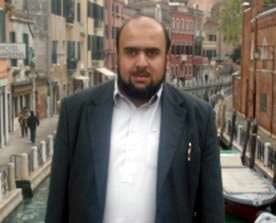 It was within his university years when he had heard Huzoor Sayyedi Shaykh-ul-Islam`s lecture live at a gathering in which he was fortunate to be present at. After listening to just one lecture he became so fascinated that he started listening to more lectures which increased his love and interest towards Minhaj-ul-Qur`an International (MQI).

It was brother Shahzad who through the Mercy of Allah Subhanahu wa Taala, the blessings of our Beloved Prophet Sallallahu alayhi wasallim and fayz of Shaykh-ul-Islam, who was the first person to build Minhaj Welfare Foundation (MWF) in Nelson, which became the main welfare branch in the whole of UK under Minhaj-ul-Qur`an International (MQI).

He was known to be the most active member of Minhaj-ul-Qur`an all over the world and was mainly responsible for all the matters of MWF in UK, moreover a person who spent endless nights working whilst others slept. He was a very valuable asset for the great Mission of Minhaj-ul-Qur`an. His didnt allow his disability to hinder his efforts in anyway and contributed greatly towards MWF activities to provide funds in all projects of MWF for example; educational projects, medical projects, aghosh (orphan house), vocational institutes, earthquake in Pakistan and Iran, tsunami, water pump projects, establishing the first local radio under MWF and many more.

While members were stressed over certain pressures by projects, he remained tranquil and at ease and handled all situations eloquently. The managing director position is very demanding and stressful; however he showed no signs of stress, instead dealt with all situations effectively.

His motivation was amazing not just for the people of his age or within his office but for every single person who came across him; whether it was his family, office members, people at the Minhaj centre, his friends, the youth or the community, which included Councillors of the local community and many other professional members.

He always had an answer and solution to every problem and was always a confident caring person. Whether it was a member of his family or someone he hardly knew, to him they were both equal; he would just help everyone and anyone irregardless of who it was.

He achieved many awards, trophies and medals, the most elite being the gold medal awarded to him by Huzoor Sayyedi Shaykh-ul-Islam in 2003 during their visit to the UK. 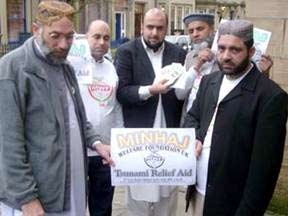 He had one aim and served one aim only; which was to serve the Mission of Minhaj-ul-Qur`an, under the guidance of his Shaykh, helping anyone and everyone just for the sake of Allah the Almighty and His Beloved Prophet Sallallahu alayhi wasallim, caring for everyone as he went along. 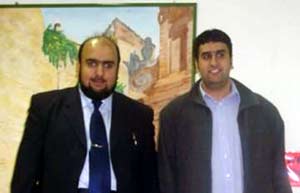 Those whom worked with him closely as well as his family members would certainly agree that he was not any ordinary person; he had a speciality within him which everyone cherished and loved.

He passed away and left his everlasting memories as a cherished servant of Allah Subhanahu wa Taala not only for his family but also for his associates. Undoubtedly he was a wonderful gift bestowed by Allah Subhanahu wa Taala, to be cherished and loved for the maximum time which he spent in this world, and then served with remembrance and pious actions, invoking harmony and peace to his spirit in the hereafter.