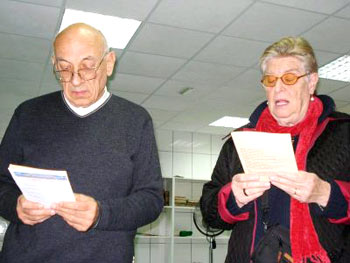 The proceedings of the meeting started after 'Isha' prayers where the Christian Community of Philippine presented a hymn entitled "Our God". The Catholic Christians read out the verses from 'Psalms', while Protestant Christians recited prayer verses about this year's topic "This earth is habitat of us all". The Imam of Minhaj Islamic Centre Barcelona, Allama Abdur Rashid Sharifi, recited the Quranic verses from the suras "al-Anaam" and "al-Aaraf" and Mr. Naveed Asghar presented the translation of these verses in the Spanish language. The students of Minhaj-ul-Quran Barcelona recited the verses from the renowned poem of Allah Dr Muhammad Iqbal "My wish comes upon my lips in the form of prayer" and got accolade from the audience.

The theme of the meeting "The earth is the habitat of all of us" was adopted in view of the immense damage caused to earth by weather changes and human beings. The representatives from every religion thanked Allah Almighty for His Bounties on earth through their religious books and urged people not to spoil them due to its unnecessary use. 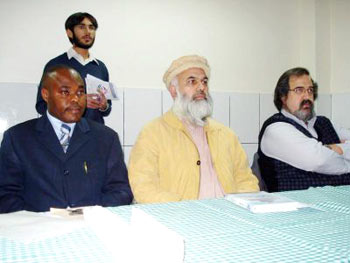 A dry tree made up of wood and wires of aluminum was presented by the Protestant Church before the conclusion of the meeting, which symbolized the present state of earth. The Church also distributed small papers of green colour, which represented the leaves of the tree. The audience put their names on the leaves and tagged them onto the tree, meaning thereby that human beings should work collectively for protecting the environment of the trees and earth.

The Christian Priests of Parroquia del Carme presented a hymn, which all the participants sung together whose words were, "Lloat sigueu oh Nostre Senyor". The meaning of the line is that name of our Lord should remain elevated. The meeting concluded on the refreshment arranged by Minhaj-ul-Quran International.