One Day Interfaith Conference - A Diary of Two Sisters 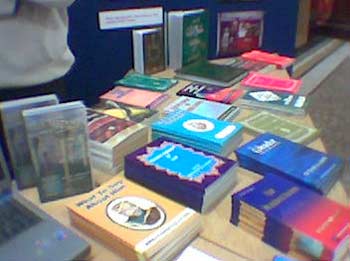 Sister Alveena and I eventually caught the train to Stratford Town Hall after waiting on the wrong side of the platform for what seemed like hours oblivious to no trains coming.  We were feeling quite excited about attending this conference held by the Newham Voluntary Sector Consortium (on the 30th November) in Stratford Town Hall in what is a highly populated Muslim area.  On arriving we were met with the usual registration and name-badging procedures.  Now with our badges and raring to go we suddenly realised we were the only two hijaab and nikaab-clad sisters in a highly Muslim populated area.  Anyway, determined not to feel intimidated we soldiered on.

Feeling quite impressed with the professionally outward appearance of the organizers, we were steered towards lots of different workshops to choose from, on a variety of topics, such as religion and education, religion and women, religion and health, religion and society…Faced with the dilemma of only being allowed to choose one of these workshops to attend, women’s related issues became our number one choice.  We desperately wanted (as the only two “hijaabis”) to dispel all of those stereotypes about women, Islam and oppression. Yes, that old chestnut, I hear you sigh!  With 2 hours to go before the workshop we were at last ushered upstairs for the buffet. 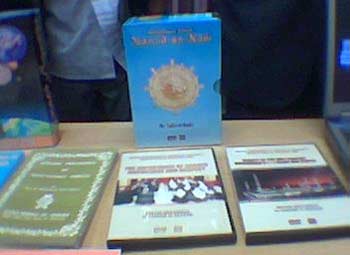 Wow! A feast set for a king and queen, with mini éclairs (Alveena’s favourite), cakes, extravagant pizza, samosas, fish goujons (for the less cultured, posh fish fingers) and so many other culinary delights and beverages.  It became apparent that Newham was receiving funding from the Government as part of a strategic plan to engage the voluntary faith and community organisations in improving services and to narrow the gap between deprived areas and the rest of the country.  And food is always a good attraction.   During the lunch the large decorated hall was soon becoming full, unfortunately not with any hijaabis though.

Right on time (unlike any Muslim event I had been to) the presentations began with speakers from different religions.  First on was a Minster of a Methodist Church, ‘Ron Smith’, who obviously spoke about Christianity and its benefits on society and how it is moving towards equality regarding the treatment of women i.e. the ordainment of women priests.

The Second speaker was a woman representing the Hindu Faith, Mrs Jayashri Dandwate, who spoke about the Hindu family way of life and how it benefits society.  She also discussed how Hinduism was about choices, given the different Gods within their religion - “there is something for everyone” (although the speaker did comment that they did believe in only one Supreme Being despite the fact that they worshiped many Gods). 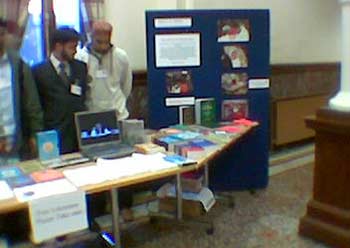 The Third Speaker was a Muslim brother called Imam Yunus Dudhwala.  In all fairness, it has to be said, he was a very charismatic speaker and spoke very clearly and concisely about social problems such as teenage pregnancies, smoking etc, and how Islam can eradicate these.  He also highlighted how the media misrepresented Islam.  It was nice to see so many heads nodding in agreement.  The Imam finished his short presentation ending it on a topical and trendy statement about himself and David Beckham.  Oh, okay then I’ll tell you.   The Imam said when people saw him with a big beard they assume he’s a terrorist; but when they see David Beckham with his Mohican haircut and piercings they merely assume he’s a trendsetter or fashion-conscious person.

Now that all the presentations had come to a close it was time to get into our workshop groups.  Before eagerly heading towards our prospective rooms we went to check out the Minhaj-ul-Quran stall.  This was being managed by some of the youth brothers (as you can see).  This was particularly interesting as it was the first time Alveena and I had seen our beloved Shaykh-ul-Islam’s DVD on Mawlid - the brothers had connected a laptop giving a great opportunity to view various clips from the series of lectures.  Leaving the brothers to continue with their work we headed for our workshop room.  On entering our room it was great to see some of our Muslim brothers praying Dhuhr (which reminded us to pray).  The non-Muslim participants within our workshop patiently waited until the Muslims had finished praying before starting. 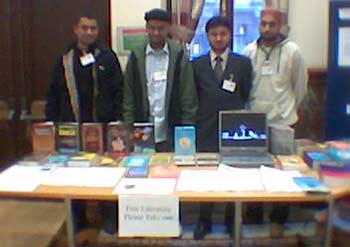 Our first task within our groups of 4-5 was to discuss ‘how our faith viewed women’.  We had an interesting and mixed bag of participants such as a female Reverend (Christian), a humanist who referred to himself as a humanitarianist or a “nice-ist”,  two Muslim hijaabis (Alveena & I if you haven’t guessed by now) and a “pluralist” (a reporter from the Guardian).  So we came up with all sorts of interesting ideas which we had to share as part of a larger group.  Then we looked at forming solutions on how to educate society on multi-faith teachings, particularly on breaking serotypes about women within particular faiths. We had to come together as a large group to give six bullet points about combating problems relating to this.

Although our workshop came to an end, the conference continued until the evening, but it was time for these 2 hijaabis to go home.  What was great about this whole event was practically everyone there was a believer in one God, which made us feel closer and more akin than opposed to those with some faith or belief.  One thing in common that everyone shared was the desire to be better human beings and to treat others with kindness and respect - respecting each others’ differences and not arguing about them, as people often do.  It also highlighted the fact that most religions share more commonalities then differences, though we (and the media) have a tendency to only highlight the differences.  It is important to be aware of the teachings of other religions; it reminded us of how our Beloved Prophet (saw) used to conduct himself within society showing love, compassion and kindness on every level in every capacity regardless of race religion or creed. 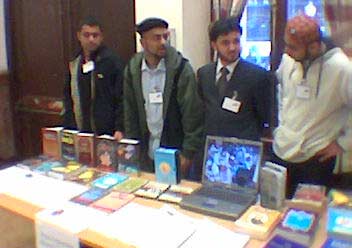 What really stood out for Alveena and me is how proud we felt to be a Muslim even if we were the only two wearing a scarf, and moreover how proud we were to be a part of Minhaj-ul-Quran under the guidance and leadership of our Sheykh-ul-Islam, who is striving to revive and recapture the true spirit of Islam in its original essence capsulated by the best of creation, the beloved Prophet (saw).  Subhan’Allah.

We recommend, if you have the opportunity to attend a programme like this, to try and go.  It is important for the positive representation of Muslims and to inform people about the works of Minhaj-ul-Quran and to be seen as being part of and intersected within the community around us.  Our guide and Sheykh-ul-Islam has always instructed us to become involved within our communities in a supportive and productive way.  These types of functions are a good opportunity to begin to full fill our responsibilities on a macro level. 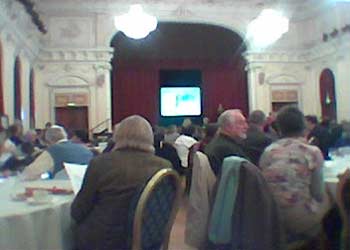 We pray for the long life and good health of our Sheykh-ul-Islam and may Allah (swt) with the Blessings of His Rasul (saw) continue to guide us on the right path of Islam so that we may never leave the protection of Minhaj-ul-Quran.  Ameen.