Last Sunday on the 11th of November 2012, MYL Austria welcomed the Muslim Youth League Austria at Minhaj-ul-Quran International Austria Centre. Our brothers and sisters from the Muslim Youth League Austria are committed to spreading the message of our holy Prophet (saw) and are very well connected here in Austria, also on a political level. Allama Mudassar Awan Hussain and MYL Austria President Umair Altaf arranged a get-together to build up connections and talk about possible future projects, like joint workshops and other educational activities (including sports) for young Muslims in Austria. 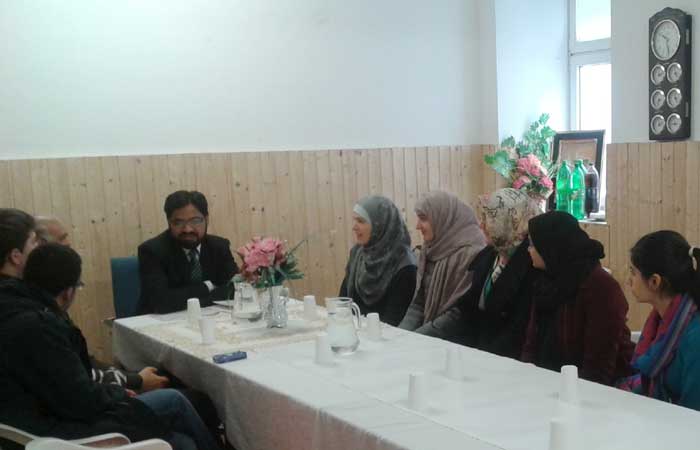 The main aim of this precious meeting was to exchange the experience and introduce them to Minhaj-ul-Quran International under the inspiring leadership of Shaykh-ul-Islam Dr. Muhammad Tahir-ul-Qadri, who‘s striving for the promotion of peace, harmony, interfaith dialogue and human welfare in over 90 countries around the globe . Allama Mudassar Awan Hussain Sahab answered many questions of the curious members of the Muslim League Austria and specially referred to the needs of young Muslims in Europe. 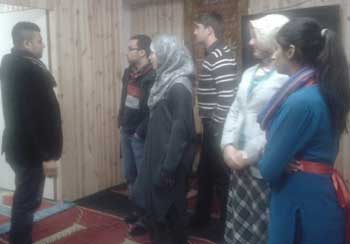 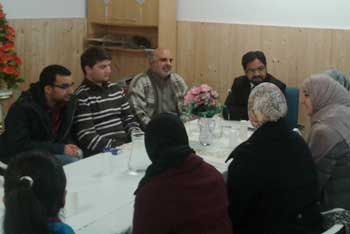 During the meeting, MQI Austria President Mr. Khawaja Nasim informed them about the newly established Minhaj Educational & Cultural Centre in Austria and its positive role in maintaining peace & social integration of Muslims through spread of education & awareness. He also introduced MQI Austria Committee in presence of, Ameer Mr. Hafeez Ullah, GS. Mr. Naeem Raza and Minhaj Sister League members. At the end of the meeting delicious food was served and Mr. Umair Altaf gave the members of the Muslim Youth League Austria a tour of the MQI Austria Center.The meeting ended with a congregational Dhuhr-prayer.