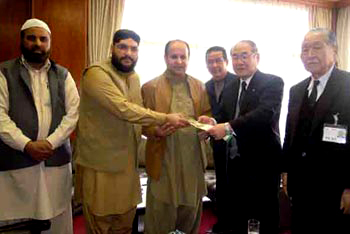 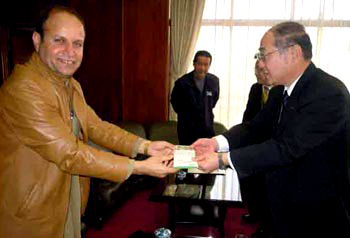 Minhaj-ul-Quran International Japan launched a relief campaign for the Tsunami-affected people of Japan. Minhaj Welfare Foundation, a sister organization of MQI, took the initiative on March 25, 2011. The people greatly contributed to this campaign. The money and relief goods collected during the campaign were handed over to the Mayer of Bando City of Japan by Muhammad Saleh Afghani and Allama Muhammad Shakeel Sani. The Mayer thanked the MQI for this kind gesture. He said that the entire humanity shares similar set of values and traditions. The way people of MQI and Pakistan have expressed their sympathy and support for the people of Japan has reassured our faith in the humanity. He said that he would not forget this gesture of goodwill.