Football Tournament in Aid of Orphans 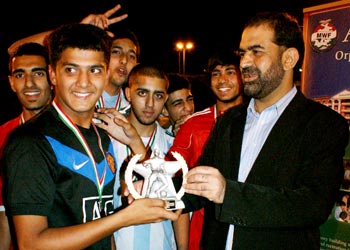 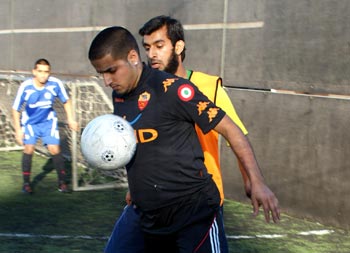 DOZENS of youngsters put their skills on the pitch in a Football Tournament in aid of orphans around the world.

112 youngsters played football at Power League off Jenkins Lane in Newham to help raise money for orphans. Teams consisting of seven players each played for four hours with semi-finals and finals played on the same day. The Summer Football Tournament was held on Saturday 31st July 2010. Youngsters participated from across the London Boroughs of Newham, Barking & Dagenham and Waltham Forest. The event was organised by Minhaj Welfare Foundation on Romford Road in Forest Gate. 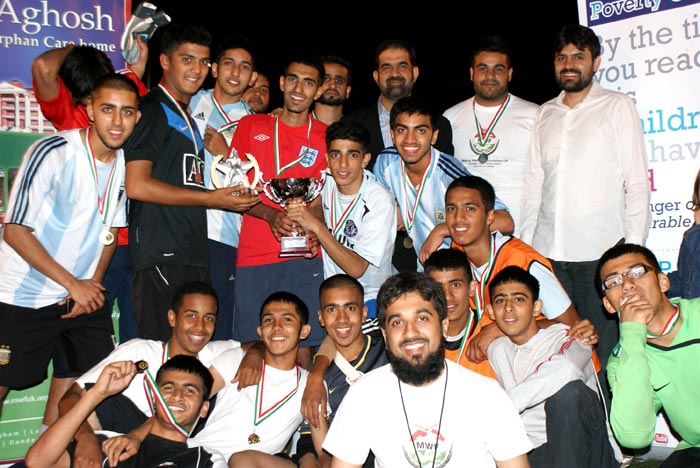 Youth Co-coordinator and Organiser, Muzzammil Rafiq, said: “The charity work of Minhaj Welfare Foundation (MWF) depends largely on the support and backing of its volunteers who contribute their valuable time to help the needy.” He added: “We had an amazing day and a great turnout which has generated a good sum for our orphanage project. We have winners here and we will see smiles across the globe.” Awards and medals were given to the winners. The tournament helped raise approximately £560 for the Aghosh Orphanage project, in Pakistan.

20 year old, football enthusiast, Tayyab Shahzad, said: “I enjoyed it too much I wish I could be part of something similar in future. I hurt myself but I had great fun.”

The primary areas of work of the charity are: Education, Health and Social Welfare. MWF also provides emergency relief aid to victims of natural disasters, political upheaval and civil conflict emergencies. The charity is engaged in projects in various parts of the world including: Nigeria, Kenya, Haiti and Kyrgyzstan.