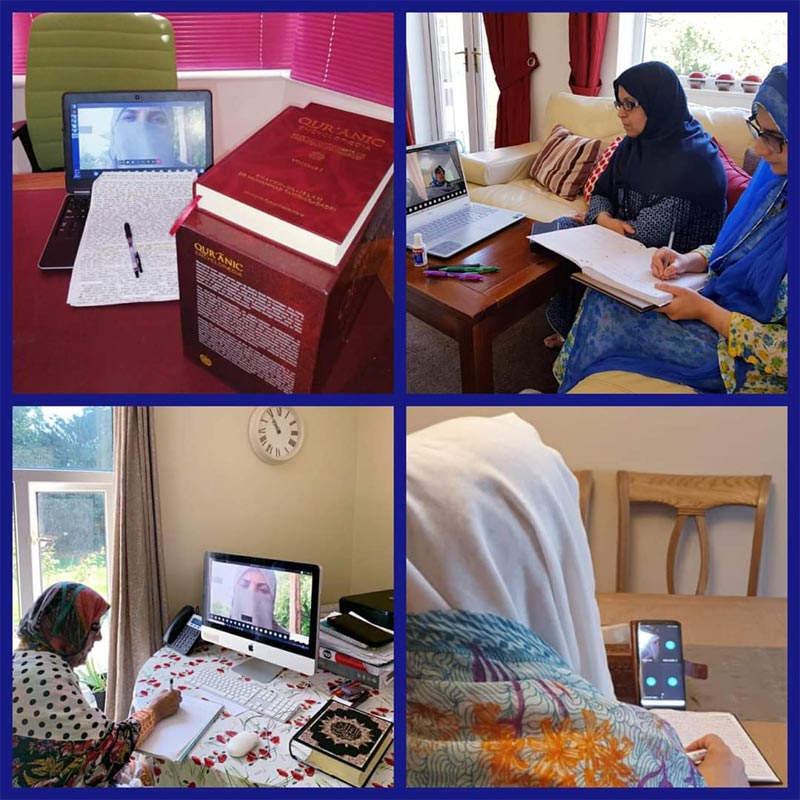 The opening talk was done by Farah Naz, President Minhaj Women League Pakistan. She discussed the characteristics of a 'Dai'. She said 'Dai' is dedicated to Deen and this becomes his/her purpose in life. She explained that purpose in life makes you powerful whereas if you are aimless then you are lost.

Mehmood Masood, Deputy Director of Courses, Training Department, discussed the attributes of a speaker. He said when one's character has no flaws or loopholes, actions speak louder than words in that case. He gave the example of the Holy Prophet (PBUH) to prove his point. He said the beloved Prophet (PBUH) was given the title of Prophethood at the age of 40 but people swore by his excellent character all along.

Anila Ilyas Dogar, Director dawah-o-Tarbiyah, spoke on three different projects being implemented to give guidance to MQI partners and members on Dawah. He said an educational training module has been published in a booklet form.

Ume-Habiba Ismail, Editor Dukhtran-e-Islam, gave a briefing on some of the articles that are produced by Minhaj-ul-Quran according to the various Islamic events that have taken place historically. Some of these include Syeda Fatima (AS) Conference, Karbala, and Milad-e-Mustafa (PBUH).

Kulsoom Tufail, Director Al-Hidayah, gave a message on the Irfan ul Hidayah Department which has been set up to promote the teachings of the Quran. This will be done through the Quran classes, activities and circles.