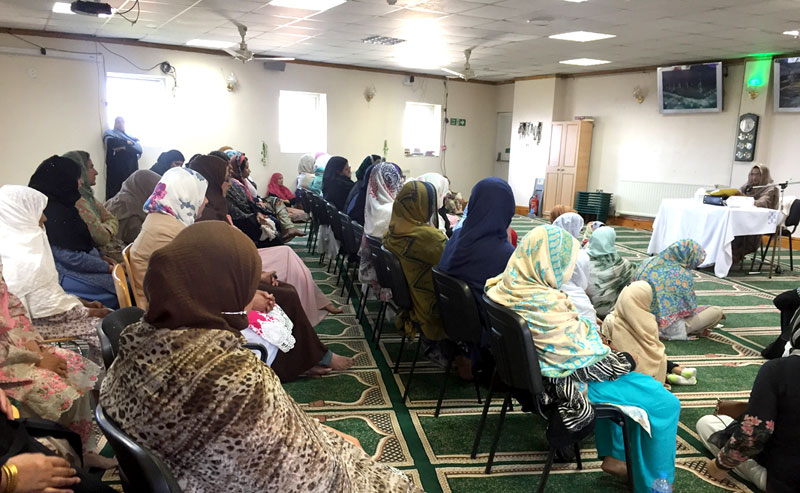 On the 1st September 2019 Minhaj Women League of Birmingham held a Muharram program at Naseby Centre Birmingham, with the will of Allah Subhan WaTaala and the blessing of the prophet Muhammad PBUH.

Sister Shazia Parveen spoke in English about the Ahle Bayt family. Who is Ahle Bayt family?. They the people of Islam for the holy family of the prophet PBUH, particularly his daughter hazart Fatimah, her husband hazart Ali and their children Imam Hussan and Imam Hussain. Sister Shazia spoke about how Ahle-Bayt family is pure that they are free from any sins and they are the leaders of paradise, Allah says whoever loves Ahle-Bayt family with all their heart, I will love them too and they will be in the accompany of Ahle-Bayt family in the paradise. Prophet Muhammad PBUH use to touch, smell and love hazart Hussan and hazart Hussain, this teaches us to attain the love of Ahle-Bayt and receive the closeness of Allah Subhan WaaTala and his mercy. Sister Shazia reflected on Karbala and how Yazeed showed his disloyalty and impatience towards Imam Hussain and took away all human rights and martyred them. The Yazeed ordered his men to lit fire the Kaaba, this showed how he was unfit to be a caliph for crossing all the Islamic limits.

Sister Asma Panwar from Manchester spoke in Urdu about Ahle-Bayt family in Karbala, she said no one was put through so much pain at one given time as Imam Hussain, who was willing to sacrifice everything for the sake of his grandfather’s religion. Allah Subhan WaaTala says Ahle-Bayt family is like a tree starting with prophet PBUH who is the tree, Hazrat Ali as the trunk, Hazrat Fatimah is like the branches and finally Imam Hussan and Hussain are the sweet fruits of this beautiful tree. We the lovers of this family are the leaves of this tree, and if we die with is love I hearts then we will die as martyrs. In between the speech Sister Asma collect lots of donations in the name of Imam Hussain and hazart Zainab for the renovation of the Minhaj ul Quran Masjid in Birmingham. Sister Asma spoke about Imam Hussain and how he was wounded on every inch of his body with swords and spears but never gave up until it was time to offer his Salah. It was in the sajood position when the Yazeed took his opportunity to separate Imam Hussain’s head from his body. The whole of the Ahle-Bayt family knew that both of the brothers Imam Hussan and Hussain will be martyred since birth as angel Jabreel told them. Prophet PBUH gave his wife hazrat Umme Salma a small glass bottle with dust in there and said when this dust turns to blood it means that my grandson has been martyred. As they were martyred one by one Imam Hussain carried their bodies back to the tent and still kept the heads high with patience. Imam Hussain also asked his sister hazart Zainab to be patient and not to harm their own bodies upon seeing the martyrs. Finally after 3 days of hunger, starvation and thirst Imam Hussain was martyred and his head put on a spear, the audience who were listen to sister Asma speech all broke down in tears.
This was then concluded with duaa and salaam by Sister Asma Panwar. Food was served to everyone. 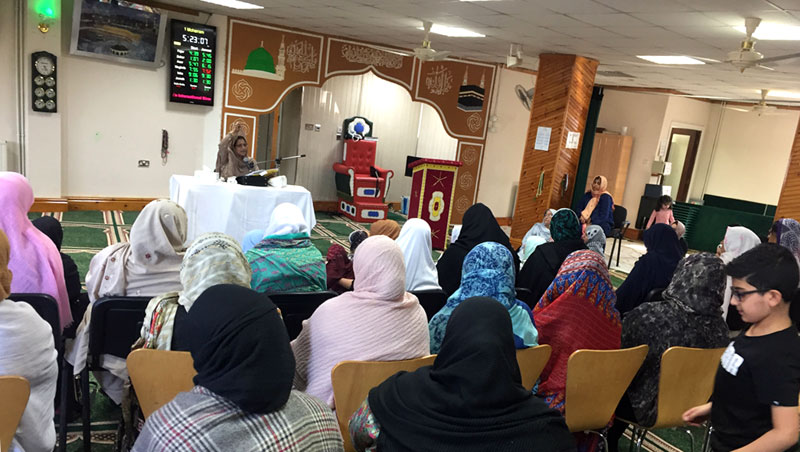 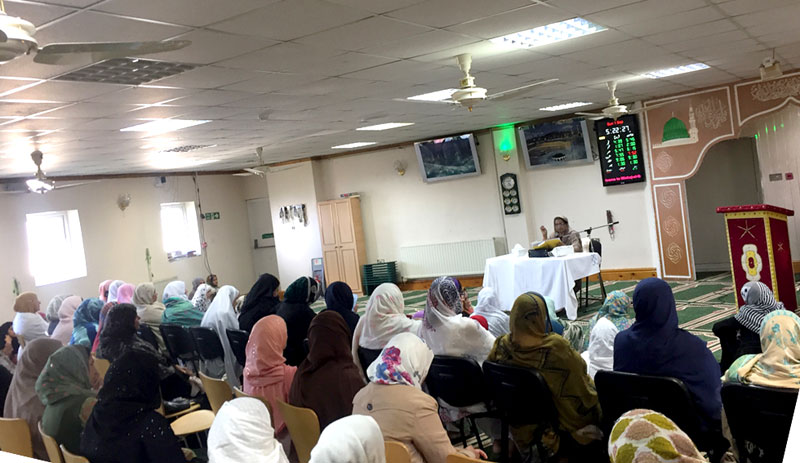 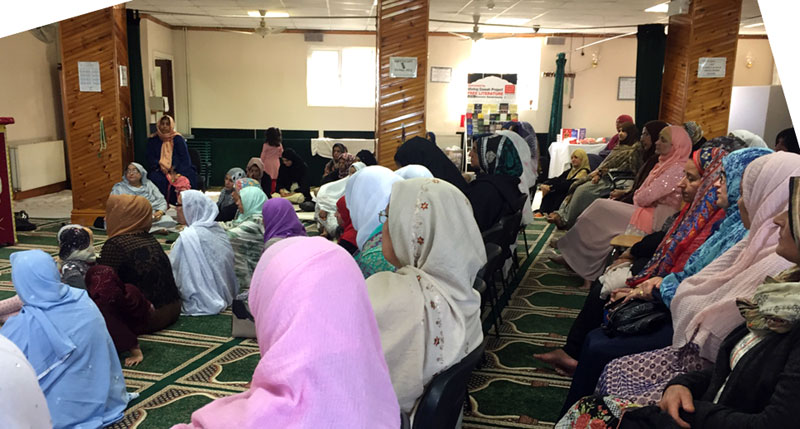