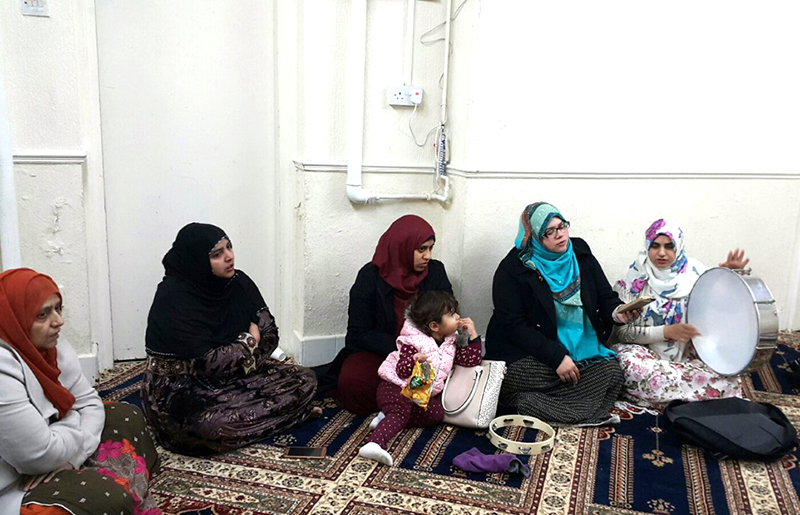 Celebrating and remembering the arrival of our beloved Prophet Muhammad ﷺ, MWL Manchester held daily halaqats which were catered for both women and children.

This was followed by a 10-15 minute clip taken from the lectures of Shaykh-ul-Islam Dr Muhammad Tahir-ul-Qadri; these clips were specifically selected to cover a small topic relating to Milaad-un-Nabi (SAWW) and the love of our beloved Prophet Muhammad ﷺ.

Moving on, there were speeches in both Urdu (by Sisters Shameem (MWL Manchester, President), Naheed, Madiha and Amna) and English (Sisters Aiman, Tahreem, Aneesa, Saima, Maimoona and Atiya); English speeches were to target the large gathering of youth and young audience attending the halaqat. The halaqats ended with Zikr and Dua.

All attendees were served food at the end of the halaqats which was prepared by MWL.