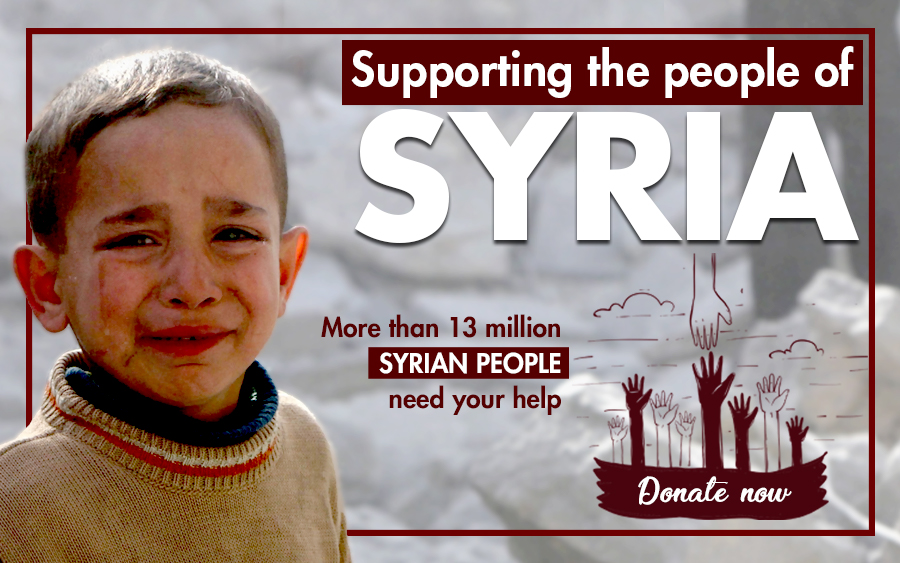 Bombs have severely hit the besieged Syrian enclave of Easten Ghouta, leaving hundreds dead, according to a number news reports and aid agencies on the ground.

People are witnessing sequential bombing, with surveillance planes, jet fighters and rockets luring above the heads of those living in the area.

There have been calls to allow humanitarian access into the area, where food, and medicine are running out and child malnutrition has soared to the highest level seen in the Syrian crisis so far.

The bombing has reportedly killed hundreds of civilians in the past week (February 2018).

Minhaj Welfare Foundation is working with local team on the ground to ensure vital food and medical supplies reach those in need; especially women and children.

The Syria crisis has been ongoing since 2011, and has affected more than 13 million people. Minhaj Welfare Foundation is committed in supporting the humanitarian efforts on the ground.

Please donate towards vital emergency relief in helping our Syrian brothers and sisters.