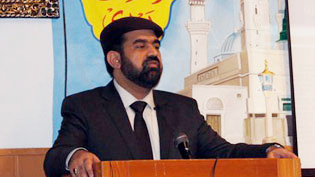 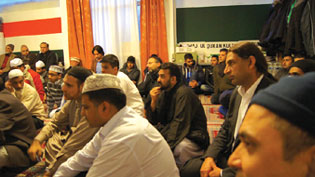 An introductory ceremony of Minhaj Education City was held in Frankfurt on December 25. Dr Raheeq Ahmad Abbasi, Managing Director of the project, was the guest of honour at the occasion.

In his briefing to the participants of the ceremony, Dr Abbasi threw light on the broad contours of the mega project. He said that Dr Muhammad Tahir-ul-Qadri decided to initiate this project so that real Islamic education compatible with the modern requirements could be imparted to the youth. He said that the proposed project was of immense importance and would play a leading role in disseminating true Islamic values of moderation, tolerance, peace, love and respect for diversity. He said that Minhaj Education City was being established at a time when sectarianism was at its peak with more and more youth being brainwashed along sectarian lines. He said that this project would provide a much needed shield against the expansion of sectarian tendencies. 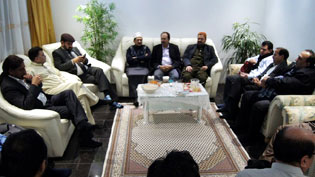 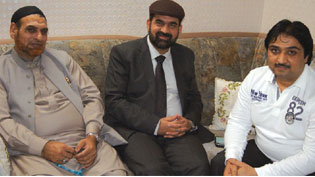 Presenting a comparison between educational output of various religious seminaries, Dr Raheeq Abbasi said that about 5000 students graduated from the religious institutions of Sunni school of thought while the number of students graduating from the seminaries with extremist outlook and conservative ideology stood at 25000. He said that upon completion, this Education City would produce 25000 graduates annually who would play their role in promoting peace, love and interfaith dialogue in the world.

Dr Abbasi further said that the students getting education from Minhaj Education City would be imparted free education. He said that the facility would also have the largest Mosque of the sub-continent where one lac people would attend Itikaf simultaneously, while hundreds of thousands of people would be able to offer their prayers. MQI Frankfurt was given a target of 60 units which the participants achieved within no time through announcements on the occasion in compliance with the orders of their beloved leader Dr Muhammad Tahir-ul-Qadri.

Dr Raheeq Abbasi and Allam Iqbal Azam congratulated the local chapters of MQI on this. 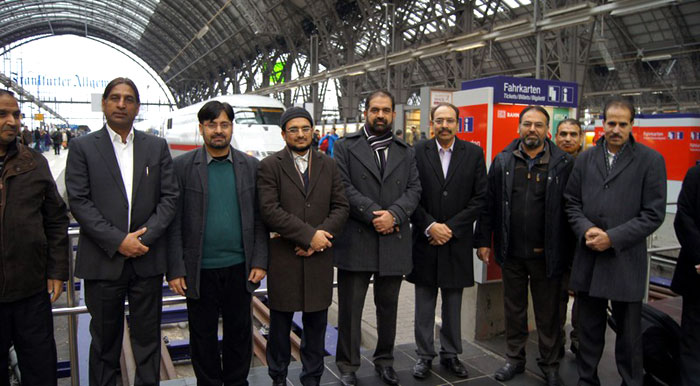