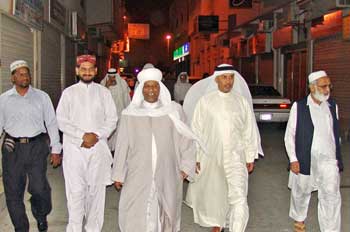 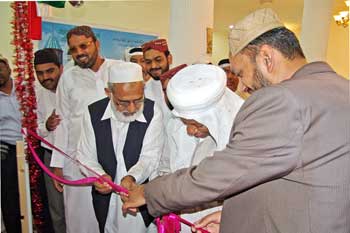 By the grace of Almighty Allah, mercy of His Messenger the Holy Prophet (SAW) and guidance and patronage of Shaykh-ul-Islam, a digital library was inaugurated in the Islamic center under the banner of Minhaj-ul-Quran International (Bahrain). This digital library initially consists of hundreds of lectures of Shaykh-ul-Islam Dr Muhammad Tahir-ul-Qadri on various subjects, including his lectures delivered during his visit to India. The ceremony of this important and unique event was arranged at Minhaj-ul-Quran Islamic center on 20th April 2012 and was attended by members and affiliates of MQI Bahrain, members of NEC and members from Pakistani, Indian and Bahraini community. 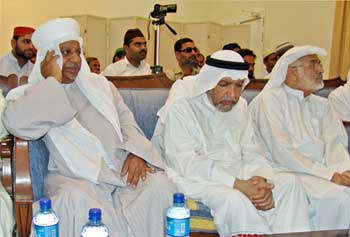 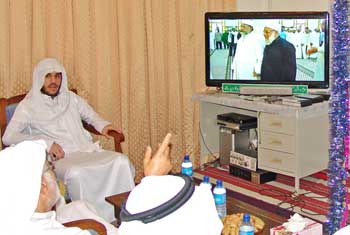 Sheikh Rashid Bin Ebrahim Al Muraikhi, who is also the patron of MQI in Bahrain, was invited as the chief guest of this prestigious ceremony. He participated in the program with a delegation from his society "Jamee'a Imam Malik Bin Anas". Upon his arrival, he was conducted to the center where he observed with keen interest the collection of the books, CDs and DVDs of lectures of Dr Muhammad Tahir-ul-Qadri. The details of Asaneed and Ijazaat of Shaykh-ul-Islam and other remarkable achievements were displayed on banners in Arabic language, which were observed by the delegation with great interest. 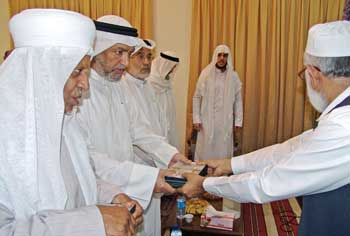 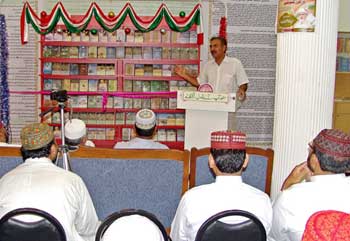 Sheikh Rashid expressed his views and pleasure. He presented tributes to Shaykh-ul-Islam for the guidance of Muslim Ummah especially in the field of peace, interfaith dialogue, knowledge and human welfare. He admired the massive, versatile and multi-directional efforts of Dr Muhammad Tahir-ul-Qadri for Muslim Ummah in particular and the mankind in general. This great and valuable task of establishment of digital library was made possible by the day and night struggle and contribution of the members of MQI Bahrain. The efforts for carrying out this project were made by Mr. Malik Mohammad Shahid Awan and Mr. Yahya Javed, who worked restlessly and maintained useful coordination with the whole team to make this dream come true. May Allah accept all our efforts! 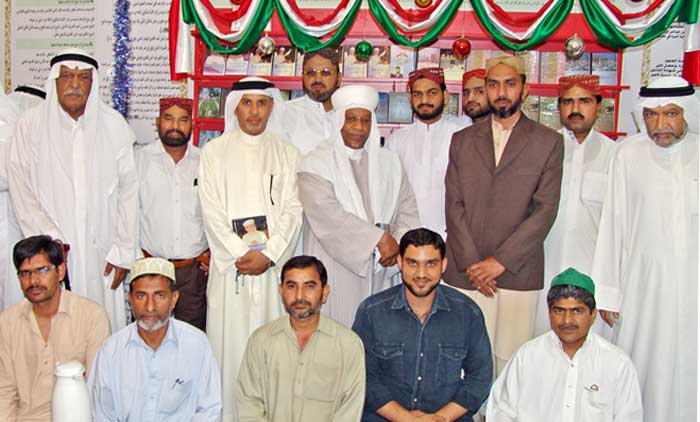